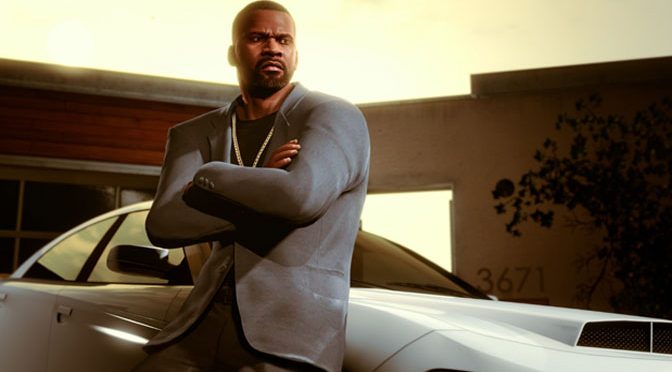 The Contract, the all-new GTA Online story is available now for free download with every copy of Grand Theft Auto V.

“The Contract is unlike anything we have done before, bridging story, music and the online world in new ways,” said Sam Houser, Founder of Rockstar Games. “Thanks to our long-time collaborator and friend DJ Pooh, we were able to work with some of the biggest legends in hip-hop on this very modern Los Santos adventure as players track down Dr. Dre’s lost music.”

Playable solo or with friends, The Contract is a brand-new adventure set in the city of Los Santos, players will help Franklin and friends set up his “celebrity solutions agency” and do whatever they can to help recover the Dr. Dre’s missing new music, which also debuts exclusively within The Contract.

Further highlights from The Contract include:

• Tons of new music, including: an all-new Radio Station, MOTOMAMI Los Santos, hosted by ROSALÍA and Arca featuring a genre-spanning selection of tracks, a major overhaul of Big Boy’s Radio Los Santos with exclusive new music from rap and hip-hop icons as well as the lead single from an upcoming EP on CircoLoco Records, plus a “Dre Day” takeover from DJ Pooh’s West Coast Classics, featuring classic Dr. Dre cuts, special cameos and much more.

• The New Music Studio, Record A Studios, where players can drop in on Dr. Dre and a special guest artist working on new music, hang out with friends, or kick back with Franklin and Lamar in the Writer’s Room filled with some very potent weed

• The new Agency property, a state-of-the-art office space, with optional modifications such as an Armory and Vehicle Workshop

In addition to the premiere of The Contract, more updates are coming to GTA Online, including fewer phone calls, texts, and emails – with alerts moved directly to the in-game map in the Pause Menu. Also, daily fees for Properties and Businesses have been reduced, and much more: