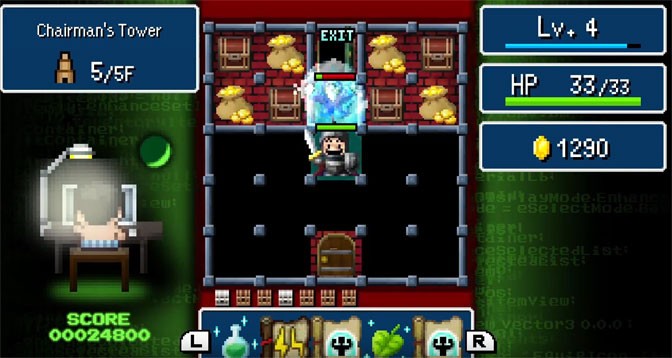 Tokyo-based indie developers Onion Games (who formerly have worked on games like Little King’s Story, Chulip, Rez, and even Super Mario RPG!), are happy to announce that their critically acclaimed comedic RPG Dandy Dungeon Legend of Brave Yamada is now available on Windows and Mac PCs, with a new Steam version of the game!

Alongside the Steam release, Dandy Dungeon is getting a permanent price drop: just $18.99 on all platforms, including the Nintendo Switch!

Dandy Dungeon is a story-driven, romantic comedy roguelite-RPG, which fuses retro-visuals with modern ideas, and features an amazing soundtrack which layers together chiptunes and the humming of the main character himself. Loot procedurally-generated dungeons, transform your weapons into legendary blades, collect Dandy armor sets, and catalog monsters in your quest for love!

The Windows/Mac version of the game on Steam includes all of the re-balancing and refining that went into the Nintendo Switch version, along with its own world leaderboard, which allows players to compete with their friends to see who’s the bravest Yamada-kun around, and show the world which gear is best for each dungeon.

Players can enjoy both full controller support, as well as new mouse & keyboard controls, which work as intuitively as the original touch-screen-based controls on Switch! Plus! Now, utilizing the free Steam Link app, players can stream Dandy Dungeon to tablet and mobile devices and play using full touch controls! So many new ways to play!