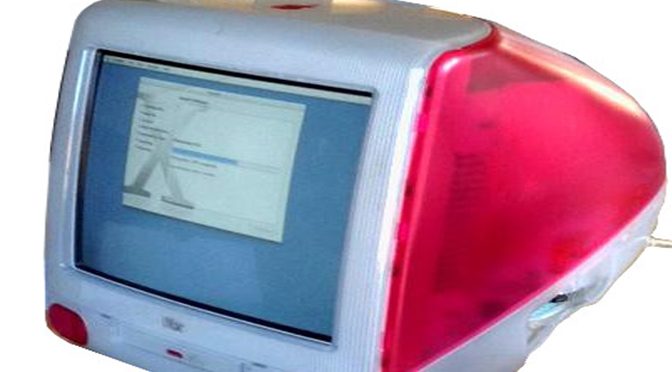 Apple has created a plethora of different devices over the years that have all looked ahead of their time and have been game-changing in each of the sectors that they have been introduced in.

Of course, the company are one of the most popular in the world to currently exist when it comes down to their electronic devices, with things such as the MacBook Pro, the iPad and the iPhone having all proven hugely successful in almost every single market that they have been produced.

Arguably, the iPhone is one of the best things that the company had ever managed to create and changed the entire market forever as it had the same capabilities that a computer could do but via a handheld device. For example, gamers these days can use this particular device anywhere they like to play their favorite mobile games on the go as the advancement in technology has meant that the smartphone is one of the best devices to use in regards to gameplay experiences. No longer are gamers tethered to a home console in front of a TV, as the mobile gaming experience can be had anywhere via downloaded games, dedicated apps or sites like MobileCasinosUS.com

These, though, are some of the coolest devices that Apple once produced some time before they became the electronic giants, they are today that we think were well-ahead of the time and perhaps even the company’s.

There is no doubting that Apple made their first impact in the world of computers when they released and launched the original iMac. Known as the iMac G3, the computer was made available between the years of 1998 and 2003 and arguably saved the company from being extinct.

Many will have remembered how powerful the machines were for their time, whilst others will probably associate the PCs with the funky colourful back panels that they could come in, with blue, green, red and orange all colours that featured.

Just like the original iMac or later the iPhone and iPad, the iPod was one of the most revolutionary items to have ever been created as it made a standard MP3 player become rather boring and a CD-Walkman become rather obsolete.

Apple provided users with a number of different iPods throughout the years as they continued to improve it and provide customers with a number of different versions. Cheaper versions included the iPod Shuffle, whilst the iPod touch was one of the most revolutionary pieces of kit to have ever been created. Essentially, it was a lot like an iPhone, just without the capability to do call/text.

Many may have forgotten that Apple once brought out their own game console to challenge the likes of Sega and Nintendo at the time. In 1995, the Pippin was released in Japan with the following year seeing it distributed in America.

Apple provided the internal mechanics of the device, whilst Bandai provided all the externals. However, the console featured a huge price tag which ultimately set it up for failure and a poor selection of games was made available at the time. Apple are yet to revisit this particular device, though.

Camera enthusiasts might remember that Apple brought out the QuickTake. Like the Pippin, a high price tag made it rather undesirable, however it changed the digital photo landscape as it provided photographers with something new.

The QuickTake managed to snap up to eight photos using its 0.3MP camera and saw three editions be made. However, three years following its release, it was discontinued in 1997.

Hi-Fis and stereos were once all the rave and Apple decided to get in on the act when they released the iPod Hi-Fi in 2006. Apple managed to use their technology to make a better speaker than most to work with their devices, however it was expensive and other alternatives were available. Less than two-years later, it was taken off the market.