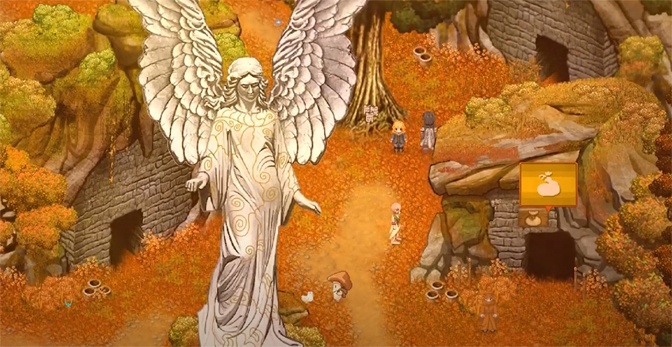 Nomina Games has revealed that its upcoming retro RPG The Revenant Prince is coming to PC this summer. Embark on an epic time-spanning quest to save the world.

The Revenant Prince casts players as Troy, a prince who awakens after a near death experience with the ability to control time. Guided by a mysterious voice that may or may not have his best interests at heart, Troy embarks on an epic quest to fulfill his uncertain destiny. As Troy continues on his adventure he will come to meet all manner of colorful characters and come face to face with difficult decisions. How you treat people and what actions you take on this quest will dictate how the story plays out. With all outcomes being irreversible, every playthrough of The Revenant Prince will be a fresh, new experience.

Choices play a major role in The Revenant Prince, as players will encounter strange creatures and characters that they can fight or potentially befriend. Combatants will talk to you as you battle, offering options to de-escalate feuds into friendships with the right words. Do you want to be a brash bruiser, or a piquant peacemaker? You are a literal god in this peculiar land, and the world is what you make of it!

“The Revenant Prince is both an homage to and an expansion of 90’s RPGS like Final Fantasy 6, Chrono Trigger, and Secret of Mana, with their seemingly evocative worlds, colossal casts, and simple, elegant graphics that let players imagine the expansive world just out of view,” said Nomina Games founder and director Darrel Wijaya. “We wanted to capture this feeling of endless possibility, where you play a major, active role in how the story plays out. The Revenant Prince is a culmination of everything that made us fall in love with RPGs in the first place.”