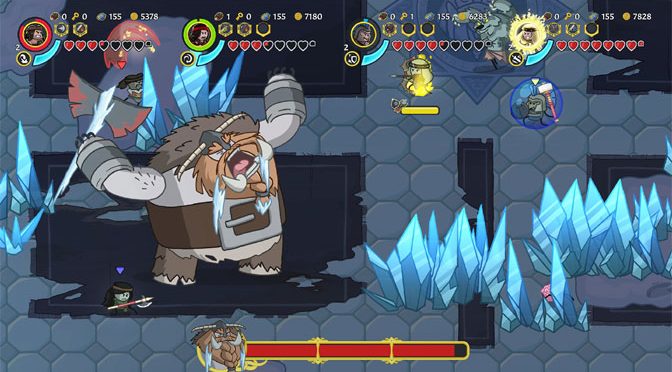 It has been a long wait for Conan Chop Chop, but this March, the game which started as an April Fool’s joke in 2019 has finally been released after delays of over two years. Developed by Mighty Kingdom and published by Funcom, Conan Chop Chop definitely stands out from the crowd in comparison to the other games in this long-running franchise. Conan himself is distinctly less muscly, and although the violence is still there, it certainly doesn’t seem as graphic when the characters are so fun and cutesy. Conan Chop Chop is not taking itself as seriously as Conan Exiles and Conan Unconquered but will introduce Conan the Barbarian to a whole new generation of gamers. 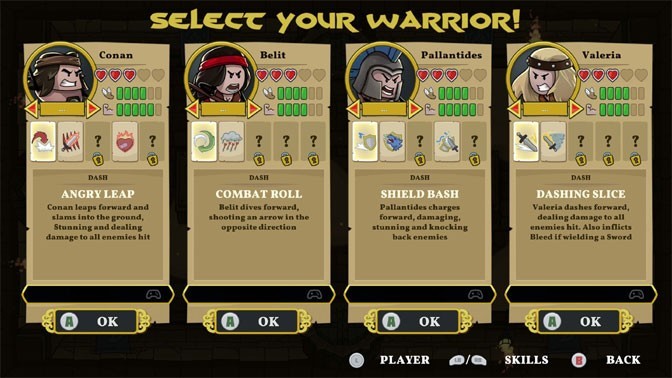 The styling of Chop Chop is a cross between The Swords of Ditto and The Escapists, with a good handful of magic thrown in. This means that the new Conan the Barbarian is not quite as terrifying as the original and quite considerably smaller. The fans of the Conan games will however recognize the land of Hyboria, which is populated by magicians, archers, soldiers, and of course more barbarians. There are four different characters that you can play as; Valeria the adventurer, Bêlit the pirate queen, Pallantides the commander of the Black Dragons and Conan the Cimmerian Barbarian. You don’t have to stick to one character when you’re playing, you can level up as you go and change characters depending on your strategy. 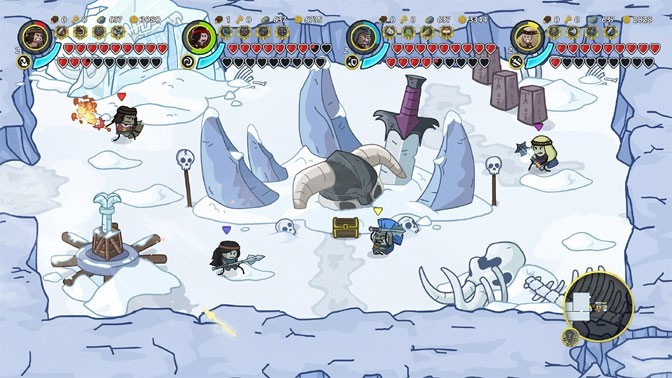 Conan Chop Chop is for 1-4 players and is great as a co-operative experience. You can play solo, with random matchups, or as a coop. Coop does make the game a lot easier, although you can expect to die repeatedly no matter how you’re playing. One of the biggest aims of the game is to collect as much loot as possible, and this is where a bit of teamwork really pays off. You can improve your weapons quicker working together, and gain more strength and XP. There are thousands of different unique item combinations and upgrades for all four characters which are achieved by completing skills trees.

Originally the developers hoped that Conan Chop Chop would be available with 12k 360 degree virtual reality capabilities, but sadly that has not been possible. However, you will still get a good gaming experience on all the platforms. Both the main game and the demo are available on Steam. You can also buy Conan Chop Chop for PS4, PS5, Xbox Series X/S, Xbox One and Nintendo Switch for around $19.99. The game however, doesn’t allow for cross-play between consoles and this will affect those playing on different generations of PS and Xbox consoles.

Conan Chop Chop is great fun for gamers of all ages, whether or not you remember the original 1984 game. The characters are cute, gameplay is slick, and each battle against Thoth-Amon is completely different.