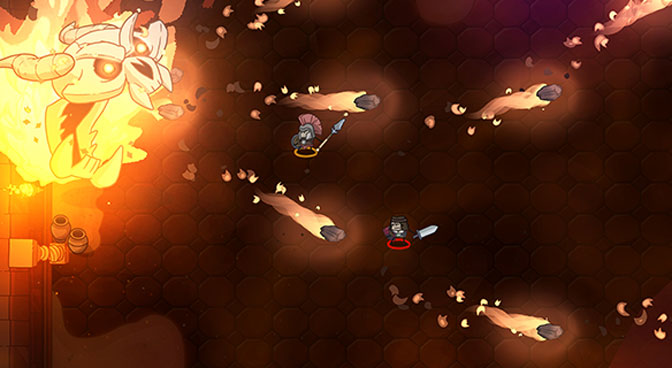 With all the elements of a hack and slash rogue-lite for 1-4 players being packed into one game, it’s no wonder developer Mighty Kingdom and publisher Funcom have decided to move the launch of Conan Chop Chop from February 25th to Q2 2020.

“We are almost at the finish line. The additional time is to ensure that the game is optimized for online multiplayer, and to give us a chance to add some polish here and there. It’s basically all about getting that final Chop in place,” says Mighty Kingdom CEO Philip Mayes, adding that, “This isn’t merely a one-chop game. This is Conan Chop Chop, and that necessitates extra attention to detail.”

Conan Chop Chop was cheekily announced on April 1st, 2019, and was perceived to be an April Fools’ Day joke. The 1-4 player rogue-lite was then unveiled as a real game during E3, where press and influencers got the first hands-on preview. Conan Chop Chop will be released on PC, PlayStation 4, Xbox One, and Nintendo Switch.