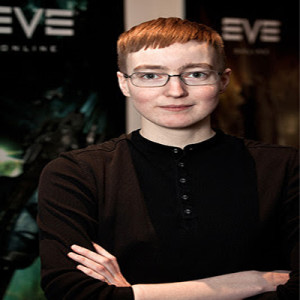 CCP Games, a leading independent developer of massively multiplayer games, today announced that EVE Online Senior Producer Andie “CCP Seagull” Nordgren has been promoted to the role of executive producer for EVE Online, the groundbreaking, sci-fi online game with hundreds of thousands of subscribers worldwide. In her new role, Nordgren will oversee all aspects of EVE Online’s production from the company’s Reykjavik headquarters.

“It gives me great joy and confidence that Andie has accepted this challenge. Over the years I have watched her go from strength to strength at CCP and believe her deep understanding of how communities thrive and grow will benefit EVE even more in this new role,” said Hilmar Veigar Pétursson, CEO of CCP. “As senior producer, Andie developed and communicated a tremendously inspiring path forward for EVE which, now that she’s at the helm, we are confident will deliver EVE Online to new and exciting places in its second decade.”

“As senior producer, Andie has been responsible for some of EVE’s best expansions,” said Sean Decker, senior vice-president of product development at CCP. “As our ‘fleet commander’ she’s led with a strong and consistent vision for EVE’s future and she’s bested other candidates in our exhaustive search for an executive producer in every imaginable metric.”

“As the executive producer, I will continue to invest in the power of our amazing player community, and in making EVE Online the world’s most ambitious science fiction universe,” said Nordgren. “Being part of the EVE community is the most rewarding experience of my career, and it’s a great honor to be entrusted with its future.”