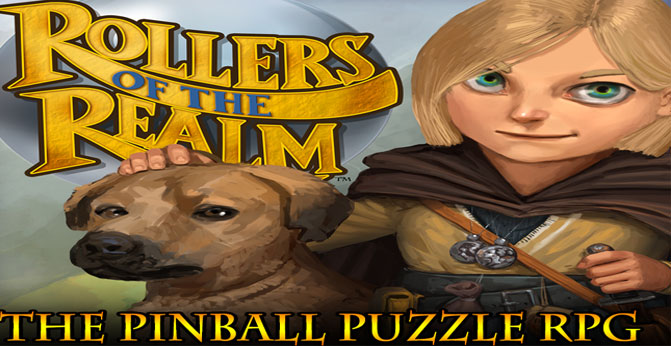 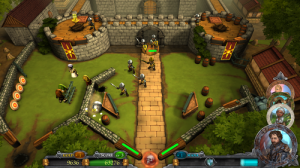 I had the chance to check out Phantom Compass‘ Rollers of The Realm at this year’s SXSW , where it was a finalist for the SXSW Gamer’s Voice award. Rollers of the Realm is a pinball-RPG hybrid, which sounds a bit like an experimental game jam prompt or a drunken IndieCade conversation, but the result is polished and playable.

In Rollers of the Realm, players manage a traditional adventuring party of typical RPG characters like a healer, a rogue, a melee fighter, and so forth. Each of these is a pinball, and Phantom Compass manages to inject a surprising amount of character into the pinballs. The fighter is a big grayish pinball, who brings a lot of force and a lot of damage, but he’s too big to get through certain areas, and requires the little rogue to slip into those spaces. There’s also a healer, used to revive party member pinballs or damaged pinball-flippers, and other adventurers with special attacks and bonuses for the pinball battles. There are ten playable RPG characters/pinball styles in all, although I didn’t see all of them at SXSW.

Like any good RPG, the adventuring party in Rollers of the Realm will gain XP, gold, loot, and special abilities after successful combats. Phantom Compass promises over thirty campaign levels, including chances to gain gold and score, creating 6 to 8 hours of gameplay.

Phantom Compass’ previous releases include Dionysian Dream , an educational murder mystery based on the Bacchae, and a free iPad game, based on the kids’ TV series Guardians Evolution. But Rollers of the Realm has gained the most attention, winning a Best In Play award at GDC Play, and being nominated for an IndieCade award, as well as winning SXSW honors.

Phantom Compass’ Rollers of the Realm is expected to launch this fall.