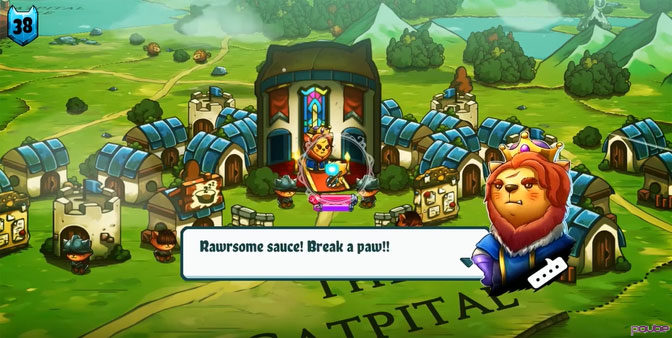 PQube and The Gentlebros are excited to announce that we will be releasing the ultimate catventure game, Cat Quest, for PlayStation 4 on November 10, 2017 in Europe and November 14, 2017 in North America.

A 2D action-RPG set in the vast open world of Felingard, Cat Quest sends you on an epic journey to defeat the meowsterious and pawerful Drakoth, an evil cat-lord who wields terrible magic and kidnapped your sister. Joined by your guardian spirit, Spirry, you will face sinister foes and terrible dragons to uncover your destiny as the Dragonblood, the last of a long-lost race of dragonslayers.

Explore a massive overworld map, engage in timing based real-time combat, battle through the darkest of dungeons for epic loot, learn about the world through challenging side-quests, level up your spells and save the world of Felingard from certain catastrophe in Cat Quest.

Prepare for the catventure of a lifetime! Cat Quest pounces on to PlayStation 4 on November 10, 2017 in Europe and November 14, 2017 in North America.