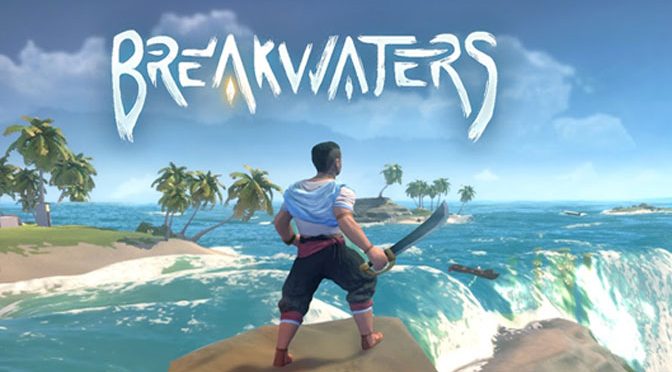 Indie studio Soaring Pixels Games is excited to reveal a new gameplay trailer for Breakwaters, their upcoming exploration-survival game set in an ever-changing oceanic world. Arriving on PC in early access later this year, Breakwaters evolves the way you interact with water. Swim, sail, and fly to find new islands with unique resources to build, craft, and survive. Play solo, or join friends online to explore, build a home to defend, defeat massive Titans, and bring calm to the waves.

Today’s new trailer gives fans a glimpse into life in the mysterious world of Breakwaters, including a look at larger buildings, a variety of water interactions, and combat with various enemies. Solo or with friends, players explore a procedural world with dangerous ocean depths and nearby islands while battling or avoiding terrifying Titans. Artifacts from a dead civilization beneath the waves, these massive monsters constantly roam the world, causing destruction. Can you earn the right to become a Breakwater and stop the Titans?

Surrounded by a sea of mysteries and possibilities, one of the first things players will notice in Breakwaters is that water behaves differently here. Powerful crystals are used to displace water and reveal resources to harvest and quests to complete. Different strategies, such as building walls to contain the ocean or block waves, are key to rebuilding and helping the world recover from the constant chaos inflicted by Titans.