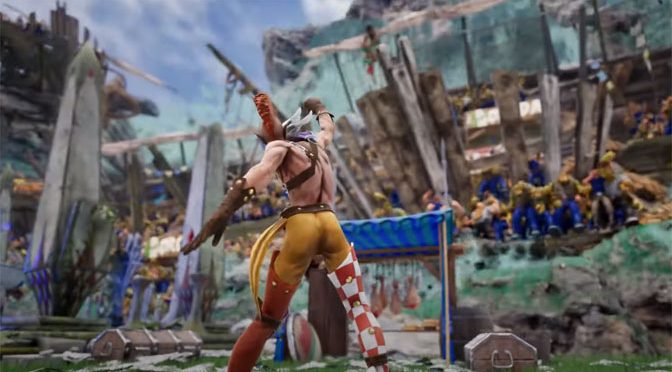 Fans of tactics (and violence), rejoice! On the occasion of the Warhammer Skulls Festival, NACON and Cyanide Studio are pleased to announce a new beta phase for Blood Bowl 3, to be held from 1 to 12 June 2022 on PC (Steam). Following the June 2021 and January 2022 betas, this new phase will shed light on many new features.

There will be six playable factions in this beta: the Black Orcs, the Imperial Nobility, the Elven Union, the Dwarfs and two new factions, which will be appearing for the first time in a Blood Bowl video game. The new beta phase also marks the arrival of new pitches, each with special rules that will spice up the matches.

Wackier, bloodier, and more spectacular than ever, Blood Bowl 3 is a hit with fans of the universe and strategy games alike. At launch, the game will include 12 teams each with their own pitch and cheerleaders, Solo and Multiplayer modes, and more customization options than a Blood Bowl game has ever received before.

Blood Bowl 3 will be available on PC, PlayStation 4, PlayStation 5, Xbox One, Xbox Series X/S and Nintendo Switch in 2022.