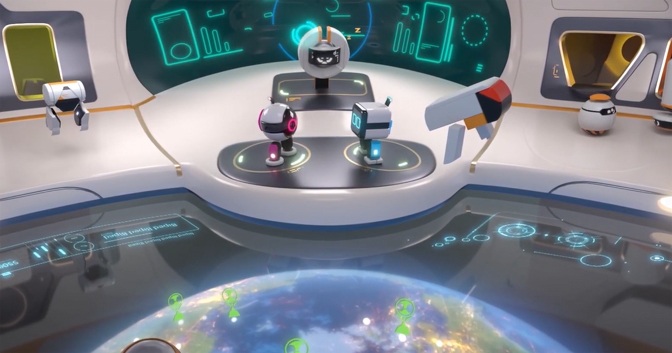 Biped, the co-op adventure game developed by award winning NExT Studios (Unheard, Iris.Fall), and published by META, is out today on PC via Steam, Humble Bundle, Fanatical, Gamersgate, Greenmangaming for $14.99 in North America and 11.39£ in the UK. A 15% discount is offered at launch for a week. The PS4 version will be released later in April.

Biped is a co-op action game with a strong emphasis on physics. The players control cute robots Aku and Sila on a fun and bonding adventure, overcoming unique puzzles and challenges to save the Earth from going dark. Biped supports both couch co-op and online multiplayer and can be played solo, too.

“Two years ago we experimented with making a climbing game, using full ragdoll physics. That’s how the Biped idea was born,” – says Dong Ding, Producer at NExT Studios. – “It is exciting to see the game finally finished. We can’t wait to hear the feedback from the players!”