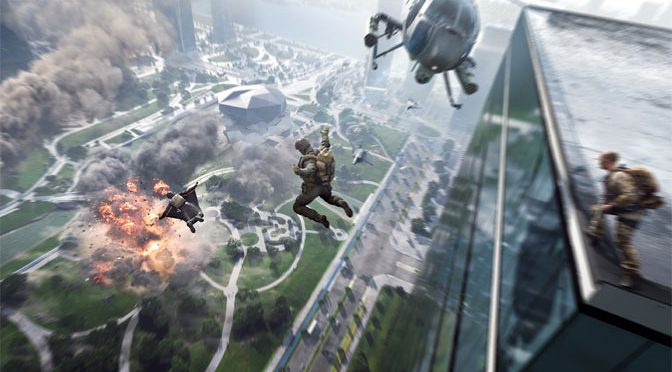 With the release of the Battlefield 2042 beta, the game edges ever closer to its full release. While those in the beta have gotten exactly what they expected, many long time fans see this as a sort of double-edged sword. Taking a look at another type of game that is built off a solid and unchanging core, bingo slot games, we can see why developers take this approach, and the complexities it produces.

The Backbone of Bingo Slots

While built on a slightly different payout basis than regular slots, the core of bingo slots gameplay is the same spin to win ideal utilised for over a century. It’s this core, the simplicity and reliance on lady luck, which has long proven a permanent fascination. Take, for example, modern versions of the games like the Paddy Power Slingo Bingo titles. Entries like Slingo Starburst and Berserk are undoubtedly among the best looking that the industry has produced, but it’s their central gameplay that keeps players coming back. To stay relevant, this is what Battlefield has tried to encapsulate, but it’s been a difficult battle.

As video games rather than casino games, the Battlefield series has a much greater reliance on evolving technology. Ever since the first title, which wowed players with its enormous battles, Battlefield saw success through pushing the envelope, but this is not a pace that could be maintained forever. Yet, as mentioned by NME, EA doesn’t intend to stop the games coming.

In the last few generations, the graphics and physics have improved with diminishing returns, sure, but the gameplay loop remains much the same. You’re still fighting over kills and control points, and you’re still operating vehicles and making players mad through domination of the air. Unlike bingo slots, however, Battlefield can’t rely on the opportunity for lucky huge paydays to keep players interested. Instead, Battlefield has built a foundation on promises that were always going to hit a wall, and with each new title, this wall is becoming increasingly unavoidable.

That’s not to say that bingo slots haven’t seen significant evolution, they have, but it’s not so much in the way the games play. Rather, online casino games have seen shifts towards more mobile forms of play, allowing engaging from anywhere with an internet connection via a mobile device. With the limited hardware power of mobiles when trying to run AAA video games, this is another avenue down which Battlefield can’t travel.

So, what can Battlefield do? So far, it’s looked to expand its gameplay modes into new frontiers. In 2042, this seems to be the case with the new Hazard Zone mode. Though we still don’t know exactly how this mode works, rumours suggest that it’s following a similar formula to the battle royale game type popularised by PUBG. As for whether this will be enough to keep the game fresh, that remains to be seen. After all, their previous attempt at a new formula with Firestorm in Battlefield V was widely derided, as noted at Forbes.

Battlefield 2042 hands-on: Battlefield is finally back to what it does best. https://t.co/HA4slj6dvt

Make no mistake, the trajectory and fanbase of Battlefield, just like Call of Duty, is too immense for the next game to become a commercial failure. The real question is how long the series can remain this successful without any significant changes to the original formula. It doesn’t have the core that bingo slots do, so it’s always going to exist in a state of flux as the developer DICE tries to find something new. Unless they manage to successfully reinvent the wheel, the teams behind the game could be fighting an uphill battle, usurped by new titles with fresher ideas.