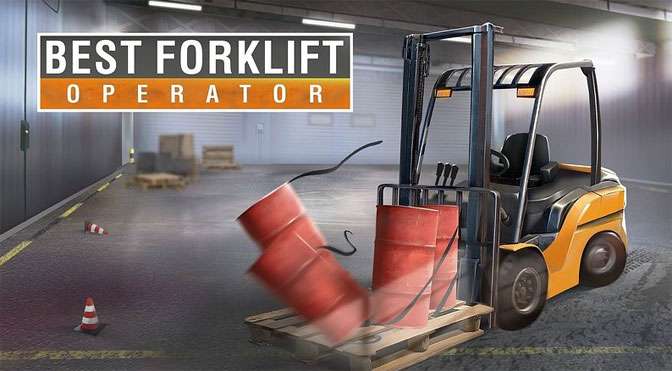 Developers from Setapp and publishers from Gamedust are proud to announce that the world premiere of the full version of Best Forklift Operator is taking place today. The game, which allows you to play in a standard mode (on a flat screen with a selected controller) or on VR goggles, received a new update today, which introduces, among other things, another forklift and a new arcade gameplay mode.

This past April, Best Forklift Operator was released in Early Access. Since then, the game has become even more immersive, allowing players to feel like they are a real forklift operator. Thanks to the engagement of the community and developers, the game has gained a number of important new features in recent months, such as support for steering wheels, controllers, and more models of VR goggles. A variety of new elements have also been introduced. These include forklifts and warehouses. Thus, today, on the release day of Best Forklift Operator, players get at their hands a fully polished title that offers a great deal of fun.

Debuting version 1.00 of Best Forklift Operator introduces brand new elements to the game. One of them is a new forklift, so players currently have four vehicles at their service. Another new addition is the Arcade mode “Make a mess!”. This one will task players not with stacking loads in the right places, but with making as big a mess as possible!

Starting today, Best Forklift Operator also offers the opportunity to compete with other players. This is because the game is officially supported by Steam Leaderboards, so you can compare your results with players from all over the world, fighting for the highest ranking. A significant novelty is also the addition of support for Steam Achievements. Earn as many of them as possible and prove that you are the best forklift operator.