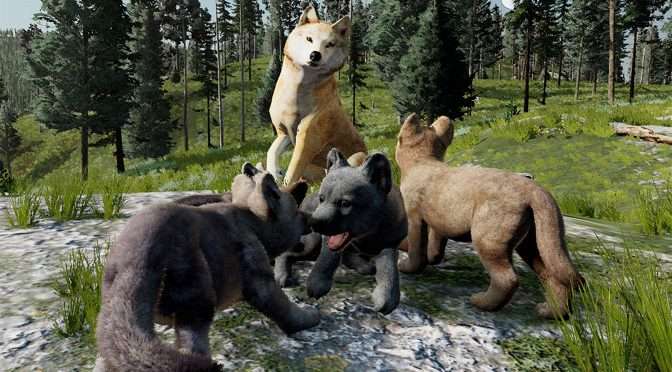 During my last column I discussed five games where animals take the center stage. I found so many great games, I couldn’t fit them all into just one column. So, today we are looking at more games with animals as protagonists. 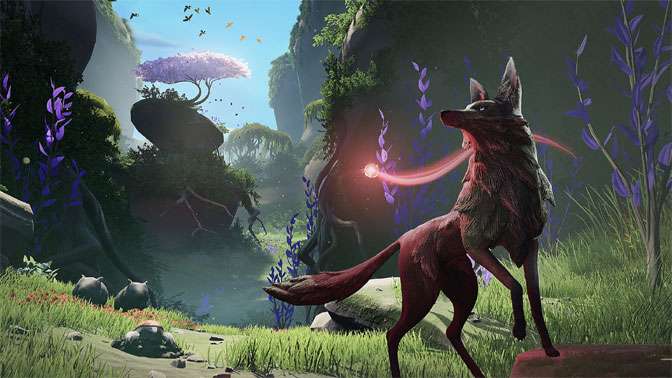 Lost Ember is an exploration narrative walking simulator game where you search for clues about a past civilization that has vanished from the land. You primarily do this in wolf form, but you also are able to take the form of several other animals to help you navigate the terrain. You are accompanied by a red glowing sphere, the lost ember. The graphics and music are quite beautiful, and the story is moving. Some players have lamented that this title doesn’t present enough of a challenge for them. If this is not a pressing concern for you, and you’re looking to experience a good story, then Lost Ember might be for you. The game is highly decorated with over a dozen awards. Originally released in October of 2019, the title has good player ratings. Lost Ember is available for the major four gaming systems at $30. Some reviewers have complained about the Nintendo Switch version of the game, so that may be something you want to watch out for. Lost Ember’s gameplay lasts around 4 – 5 hours, and I can imagine some might want to replay it every few years, or however frequently you rewatch an enjoyable movie.

Cult of the Lamb 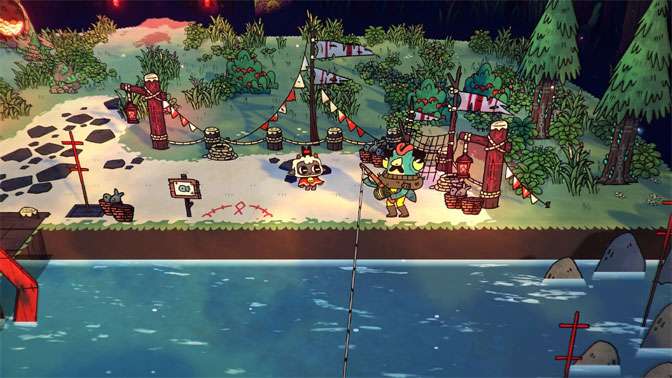 This is a weird one folks, so if you like creepy or occult subject matters, then buckle in. Cult of the Lamb was just released yesterday, and I’m so ready for it. You play as a recently sacrificed lamb brought back from the dead to be a cult leader and overthrow the current religious system to free an ancient god…I think. The game is partially roguelike and partially village town building with some mini games thrown in. You spend part of your time slaying enemies and part of your time leading your cult. You can do weird cultish things like sacrifice dissidents and turn them into food for your followers, or even convince your followers they themselves need to be sacrificed. You keep your followers fed and happy, and I think their worship fuels you as their leader. It looks interesting and comically gory. Cult of the Lamb is available on Steam, PlayStation 4/5, Xbox One/Series X|S, and Nintendo Switch for $25. Be on the lookout for a full review of this game, because I may be joining this title’s cult very soon. 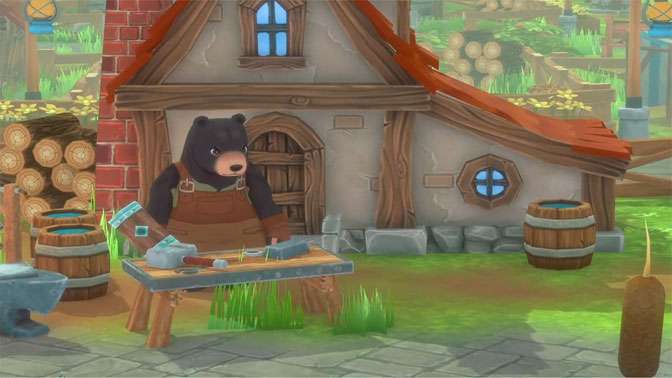 Kitaria Fables is also a rougelike, farming sim game, but it swaps out the creepy and cultish for cute and cuddly. In Kitaria Fables you play as a kitty who returns home to run the family’s old farm while protecting the town from monsters and generally being a hero type. Kitaria Fables has mixed reviews, but generally higher than average ratings. Many reviewers compare Kitaria Fables to Rune Factory and Stardew Valley, but they claim it slightly misses the mark on both fronts. Players have complained about the slower frame rate on the Nintendo Switch vs PC, but what else is new? There are also a few other quibbles, such as a low carrying capacity, slow running speed and lack of sufficient teleport locations. The game seems to be particularly appealing for players that like to spend hours crafting and performing side quests. Released in June of last year, Kitaria Fables is available on all current systems. The going rate is $20, but the PlayStation and Nintendo Stores are offering the game at a 35%-40% discount for a limited time. With 15 – 40 hours of gameplay and only minor inconveniences, I think the game is worth a try if you’re into this genre. 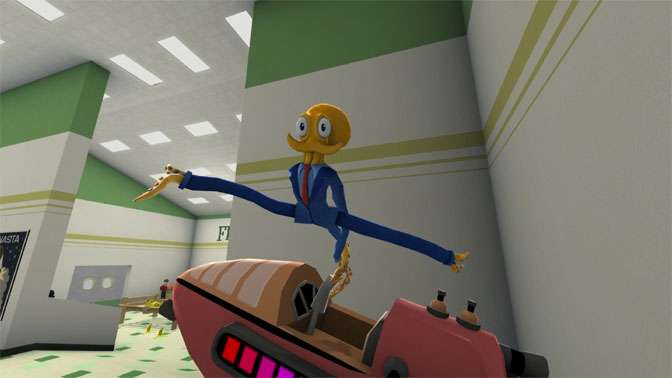 Almost every list of animal protagonist games included Octodad: Dadliest Catch. I’m going to be honest; I judged this game by the title and immediately wrote it off as a ridiculous concept. But eventually I saw the name pop up enough times I decided to at least watch a trailer or two. The game is still a ridiculous concept. As the title suggests, you play as an octopus dad, but your family is human. Apparently, everyone is okay with that, but there are scientists who are trying to capture you. The main appeal of the game is it uses an absurd physics engine. You have to control the different tentacles of the dadapus and navigate the purposely cluttered environment. You will knock everything over, and you will look ridiculous while you do so, but it’ll be funny to watch. Octodad also makes weird blubbering noises, which everyone just accepts. He really is an octopus masquerading as a human. That’s the appeal; it’s just funny to play. Debuting in early 2014, the game is available on Steam, PlayStation 4, Xbox One, and Nintendo Switch for $15. It’s also available through both the Google Play and App Store for $5, as well as older consoles such as PS Vista and Wii U. You might be able to score the game at $3.74 as a digital copy through the Nintendo Store, but I don’t see an expiration date for the deal, so don’t hold me to it! 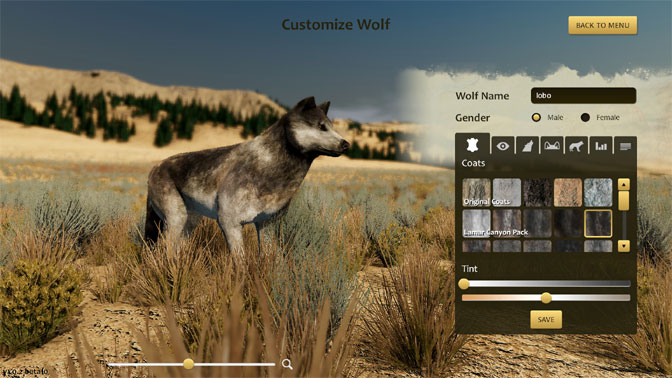 Wolf Quest is a game that has been ongoing for over a decade. You play as a 2-year-old wolf in Yellowstone National Park who has to find a mate and survive in the wild. Of all the animal sim games I’ve looked into, this one appears to be the most realistic. I believe they even have wolf experts from Yellowstone on retainer to verify the accuracy of the sim. Wolves have been my favorite animal since I was in grade school, so I watched a quick playthrough with a lot of scrutiny, but it seems to really check out. Originally released at the end of 2007, the developers have been continually releasing updates and revamping the game. The most recent update is the Anniversary Edition, which boasts to be a complete remake of the original game.

The Anniversary Edition was released in July of 2019 on early access, and it is currently only available through Steam. Older versions of the game are available through mobile app stores. Wolf Quest seems to have a cult following. I don’t see much chatter about it, but you can find large archives of playthroughs on YouTube. The developers also post frequent video dev blogs detailing new features and various updates. Wolf Quest has overwhelmingly positive reviews on Steam. The game is currently priced at $20, and both the Anniversary and 2.7 version are included with the purchase. Despite my aversion to computer games, I’m sure I’ll be spending hours playing Wolf Quest in the near future.

Well, there you have it folks, another set of five must try animal POV games. Let me know in the comments if you’ve tried any of these games, and if I missed one of your favorite animal titles. Until the next time, stay cool, be you. Bye!