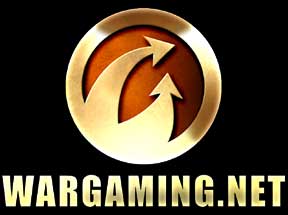 The deluge of real-time strategy games has really hit the market in recent years, with games like Command and Conquer defining what a strategy game should be. However, there is still a huge cadre of players who enjoy turn-based gaming, and consider it superior to the click fest tank rush that most turn based games quickly devolve into.

Russian-based firm Wargaming.net is powering the turn-based counterattack. They provide a place to play solid turn-based games like the beautiful and challenging Massive Assault as well as gaming ladders and guilds that form the community.

We challenged Aliaksei Nareika, the Marketing Manager for Wargaming.net to a war of words, asking him all about wargaming.net, the turn-based community and where the strategy genre was heading.

GiN: How and when did wargaming.net get its start?

Nareika: Despite the modern visual appearance of Massive Assault, the game's origin took place a pretty long time ago. Looking back to the roots, back in 1998 when a group of enthusiasts designed their first game called Iron Age – an amateur turn-based strategy game of global domination.

Although main concept of Iron Ages seemed to be brilliant, the game would probably stay undiscovered to the most of the gaming community. It was decided to turn Iron Age in a sci-fi strategy and transfer the action of game in distant future. In 2002 Wargaming.net found the appropriate funding to complete Massive Assault — a new complicated and ambitious project. At that stage the most of the game development team was hired. These people are truly hardcore gamers and professional developers who are ready to work round the clock to elaborate a truly gem, what Massive Assault game is in fact.

The developers started to work on the gaming project in Spring 2002 and in Summer 2002 they released the first playable build. It has not taken much time to get that sketch improved to graphically pleasing game. A great job was done on the Artificial Intelligence, which was named by PC Gamer "tough nut to crack." The sequent game of the MA series, Massive Assault Network (2004), has greatly enhanced the multiplayer mode. It has shown the fastest expansion pace due to its open-to-everyone modality. In brief, having improved enormously all the game components, from graphics to AI, we have succeeded to maintain the major idea of MA – "easy to learn difficult to master."

GiN: The site seems to be centered around the Massive Assault game. How was this title chosen as your flagship game?

Nareika: We specialize on the TBS games and we have achieved considerable progress in this field. Massive Assault has been chosen as the most highly acclaimed and most innovative title ever released by Wargaming.net. Though we do not stop strategy genre development, MA has been recognized to be "Total Annihilation of the strategy genre."

GiN: Massive Assault happens to be a turn-based game and there is always a debate between the turn-based crowd and the real-time crowd. What advantages do you think turn-based gaming has over real-time games?

2) TBS can turn into RTS and not vice-versa.

The first argument is based on the simple principle: you absolutely DO NOT DEPEND on your schedule. No matter, if the next turn comes next minute or next week, you play or take a cup of coffee whenever you want it. You may have only 10 minutes at any time of the day or night and still have an excellent gaming experience.

The second argument is confirmed by our gamers' experience. First of all, our gamers community is monitored by M.A.N.'s server and you can play with those who are currently online. It makes gaming nearly as vivid and lively as RTS. Secondly, you are not limited in the number of simultaneous games. It lets you to play simultaneously 10, 100s or 1000s games – it is easier to get overloaded, your aliens living in different parts of the Earth will keep you busy 24 hours a day.

GiN: Have gamers embraced this concept?

Nareika: They really have. One can allow himself playing even if he is a VERY busy person. Moreover, M.A.N.'s in-built chat system allows free communication flow. The system works in a manner that displays your messages at the moment when you want them, i.e. you may send your congratulations to the alien e.g. exactly when he is being encircled.

GiN: How large is your community and are you expanding it?

Nareika: Though M.A.N. is a relatively new game, the community already counts scores of thousands. The M.A.N.'s server provides them with the constant possibility to communicate to each other. We have launched several tournaments, and we support both our old and emerging clans. Wargaming.net is going to include M.A.N. in each new MA series game, therefore M.A.N. community will grow with each of them.

GiN: Are the players pretty vocal with feedback about things they like and things they would like to see changed in the game?

Nareika: Oh, yeah, they are pretty active. We read regularly their messages on our forums, and do our best in order to improve M.A.N. according to their wishes. That is why our patches are released so often – monthly, and we are going to listen to each separate gamer's criticism.

The things that they appreciate in M.A.N. most are:

and the M.A.N.'s system of multiple balances. It develops strategy and analytical thinking and allows endless replayability.

The things that they asked us to improve:

to release new beautiful and difficult planets (we are currently adding a new planet monthly);

more new and powerful weapons that would be able to fight in the (naval, aerial and land) – M.A.N. already allows the three elements battles but this element's further enhancement would break the sophisticated balances system. Therefore we have elaborated lots of new units and developed "combined" battles opportunities in our next MA series game – Phantom Renaissance (currently being tested, includes M.A.N.)

gamers are willing to play faster and therefore some technical decisions were introduced. As described above, our TBS can stand pretty close to real time game. The money revenue mechanism restricts the game length to the appropriate time.

Nareika: The ranking system was introduced to enhance the competition spirit among the gamers. They receive ranks from conscript to marshal in accordance with their gaming activity and results. As it is absolutely transparent and open to the community members, each of them can check the amount of games played, lost or won in order to verify the correctness of the rank received.

The ranking system has allowed some new options intended to comfort the gamer. From now they can choose and challenge an alien of the desired rank, which lets them develop and compare their own level with the one of the strongest.

GiN: Since the game is turn-based, players take their turns offline and then send their moves into the server, very much like the classic play by e-mail games of yesteryear. Do you think this enhances the strategic aspects of the title?

Nareika: M.A.N. is a game for thinkers. Strategy analysts should have a possibility to take their time. The game's strategic aspects are being enhanced in multiple due to this and several other elements. The game allows you to rewind your actions, or to undo them in relation to a separate unit. It all increases gamer's comfort. The former takes his time to think well over strategic plans for one, two or more steps forward or backward.

GiN: How closely do you work with Matrix games?

Nareika: Matrix published MA in the U.S. territory. We thank them for the fruitful cooperation.

GiN: You have an interesting mentor system online to help new players. When we signed up we were challenged to three games by mentors. Do these people work for the company or are they players who are volunteering their services.

Nareika: We support in M.A.N. the basic idea of MA – easy to learn difficult to master. Learning is not provided with only AI. The three mentors you mentioned challenge EACH newbie. Their primary responsibility is to teach the newcoming or any members some interesting and/or highly professional tricks. These mentors are Wargaming.net's personnel.

If you would have a look at the M.A.N. community you would see about a dozen of mentors. They all are volunteers – gamers who have achieved a definite proficiency level and are willing to share their strategy secrets.

GiN: How close is the online community at wargaming.net and how do you think that close community is maintained?

Nareika: The gamers seem never feel bored with each other. An average gamer is challenged for a new battle at least 2-3 times a day. They themselves organize new tournaments and participate in ours.

The former are mostly based on the Swiss score system. It is considered to be very honorable to be invited to a clan's membership. Wargaming.net's team supports all kinds of intercommunication among the community members.

We arrange scores of tournaments with both virtual and real prizes. The community members receive each newbie with lots of joy, I know that they welcome rookies and love to challenge them and to "teach" strategy. The M.A.N. gamers seem to know each other very well for our server is already getting busy with transmitting their messages to each other.

GiN: What future plans for enhancements or expansions to wargaming.net are planned?

Nareika: Wargaming.net is being very busy with the release of the next MA series game. It is being tested now will appear in Q1 2005. We expect Massive Assault: Phantom Renaissance to crown the generation of the MA title, and today you can analyze yet its comparative advantages.

Phantom Renaissance is the stand-alone MA expansion set. It features a renewed global conflict between the Free Nations Union and Phantom League in distant space colonies. The game is based on the Massive Assault's original "Secret Allies" concept, acknowledged by the press and the players as innovative and "easy to learn and hard to master", rejuvenating turn-based genre in many respects.