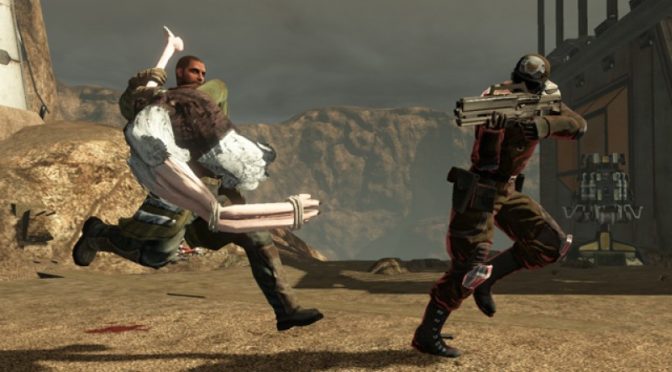 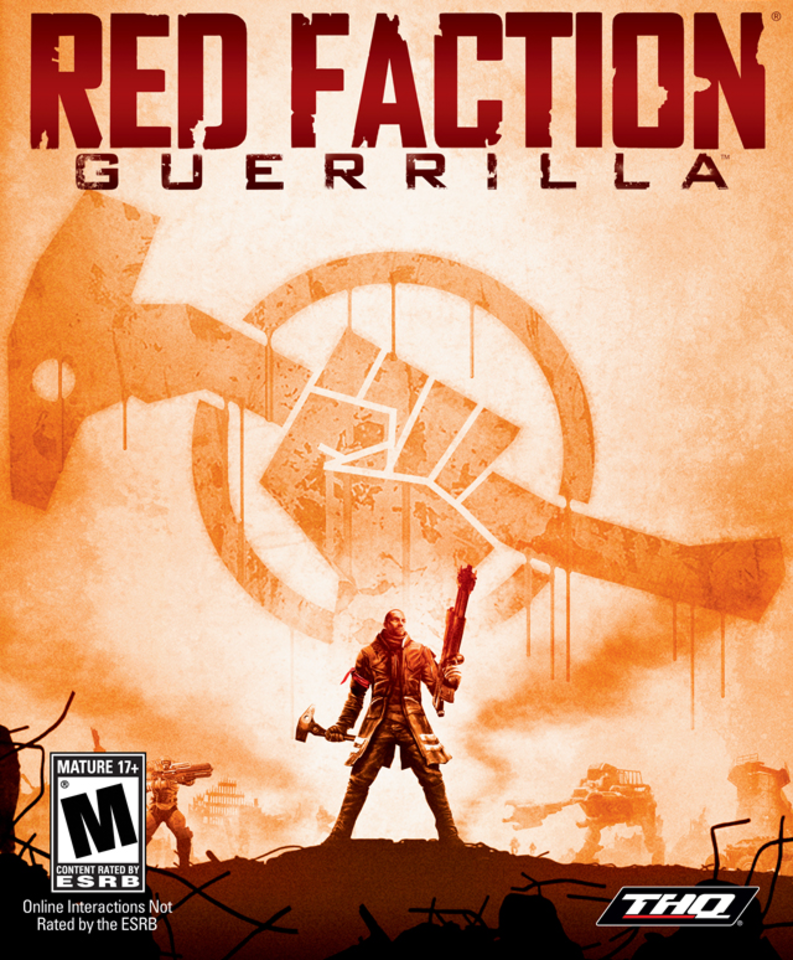 This week for Retro Game Friday I’m covering a game I got for free! It’s Red Faction Guerilla!

Plot Synopsis: Alec Mason, a mining engineer, arrives on Mars Tharsis Region to reunite with his brother Dan and begin a new life. While on work detail, Dan testifies about the Earth Defense Force’s (EDF) cruelty to the Martian people and asks Alec to join the Red Faction, of which Dan is a member. Dan is soon after gunned down by air support from an EDF assault team. Alec is rescued by Red Faction guerrillas and reluctantly becomes a freedom fighter.

Plot: The plot isn’t super amazing, but it’s pretty good. That being said the real draw of the game was it’s gameplay.

Characters: They were fairly bland, even Alec isn’t that interesting and that’s always a bad sign for a story.

Gameplay: The gameplay however was quite fun and allowed the player to destroy any building they pleased including bridges or catwalks, which could lead to lots of fun. While the story mode isn’t super interesting it did have an open world that allowed the player to go around destroying any building they wanted. The Nanite Rifle in particular was an amazingly fun gun to use, although ammo was very scarce unless you cheated and enabled infinite ammo.

Art: Not amazing, but not too bad compared to Gamecube or Nintendo 64 era games in terms of aging.

Music: Sorry don’t remember a thing about the music.

Overall: If you can get this game cheap, you definitely ought to try it out for a few laughs.

For those who like: Third Person Shooters, Open Worlds, Destroying Everything.