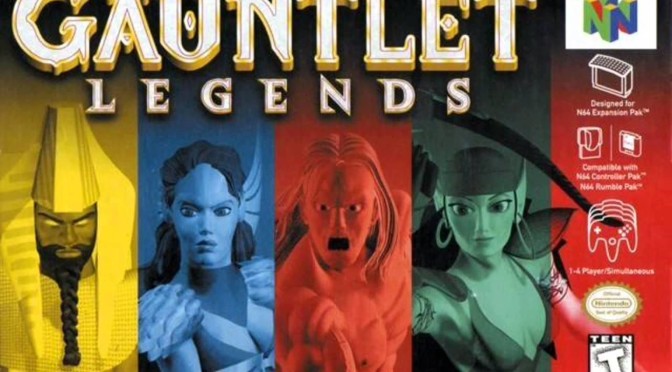 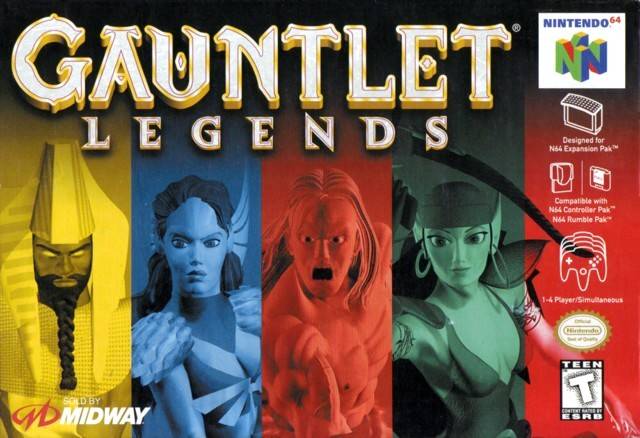 This week for Retro Game Friday I’m covering a game that I loved to play with my friends. It’s Gauntlet Legends!

Plot Synopsis: In ages past, a corrupt mage named Garm used a set of Runestones to summon a demon named Skorne. However, Skorne crushed Garm and imprisoned his soul in the Underworld. Skorne, fearing the power of the Runestones, scattered them throughout the four realms, so that they could never be used against him

Plot: To be honest I don’t remember the plot at all. I just loved the gameplay as a kid, granted that my taste in games was poor compared to now.

Gameplay: The gameplay was pretty simplistic if one was of the ranged classes, but even still it was lots of fun to try and one up your friends when playing co-op, which is what I did with my friends all the time. That being said if I was to play the game now, I’d be terribly bored.

Music: Don’t remember it at all.

Art: The art was okay for it’s day and age, but it aged very poorly.

Overall: You can skip this game, unless you want a simplistic game to waste some time with friends.

For those who like: Simple Games, Fun Co-Op games.