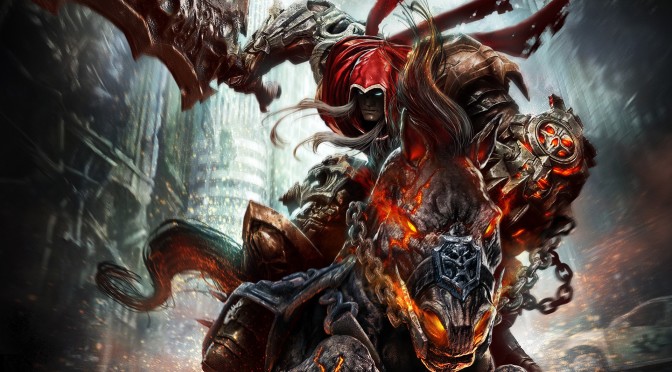 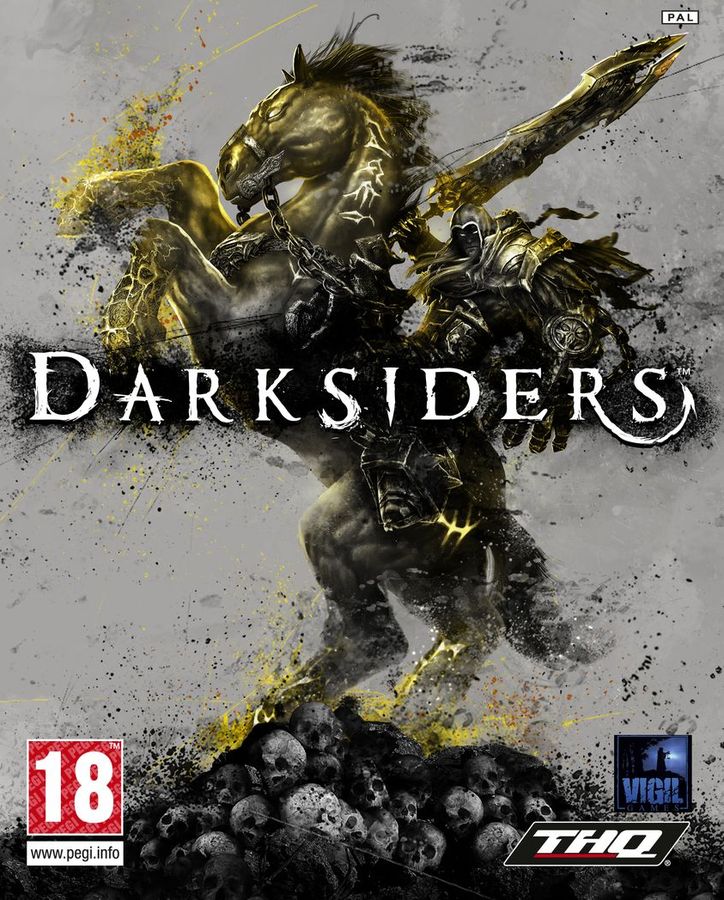 This week for Retro Game Friday I’m covering a game I enjoyed, despite it being pretty clunky. It’s Darksiders!

Plot Synopsis: Since the beginning of time, the Kingdoms of Heaven and Hell have waged war, with neither side ever being able to gain an advantage over the other. Thus, in time, a mediator group named “The Charred Council”, arose to maintain order and balance; to this end, they created a warrior brotherhood, the Four Horsemen of the Apocalypse (War, Death, Strife and Fury) to intervene and enforce their laws where and when necessary. Amidst the conflict, humanity emerged. Foreseeing that humans would be integral and contribute to the balance’s stability, the council declared them a third Kingdom, the “Kingdom of Man”. The Council brokered a truce between Heaven and Hell: the Seven Seals were created to be broken when the Kingdom of Man was ready for the Endwar.

In the present day, War arrives on earth where the final battle appears to have begun; armies of angels and demons wage war with mankind caught in the middle.

Plot: Nothing super amazing, but it wasn’t bad.

Gameplay: It played a lot like a Zelda game, although Zelda games were a heck of a lot less clunky in my opinion. This game tried to be like too many games and suffered for it. The sequel was much better in terms of gameplay pacing. That being said it was fun, but it suffered from War being so slow.

Characters: I didn’t really like any of the characters in this entry, at all. But that’s okay as I was really just playing the game for the gameplay.

Art: The art was good, nothing super amazing, but good.

Music: Was decent, not as good as the art.

Overall: This was pretty fun, but if you played the sequel you’re not really missing anything.

For those who like: Action, Adventure, Post-Apocalyptic settings, Decent Gameplay, Good Artwork.

Not for those who don’t like: Any of the above, or clunky controls.