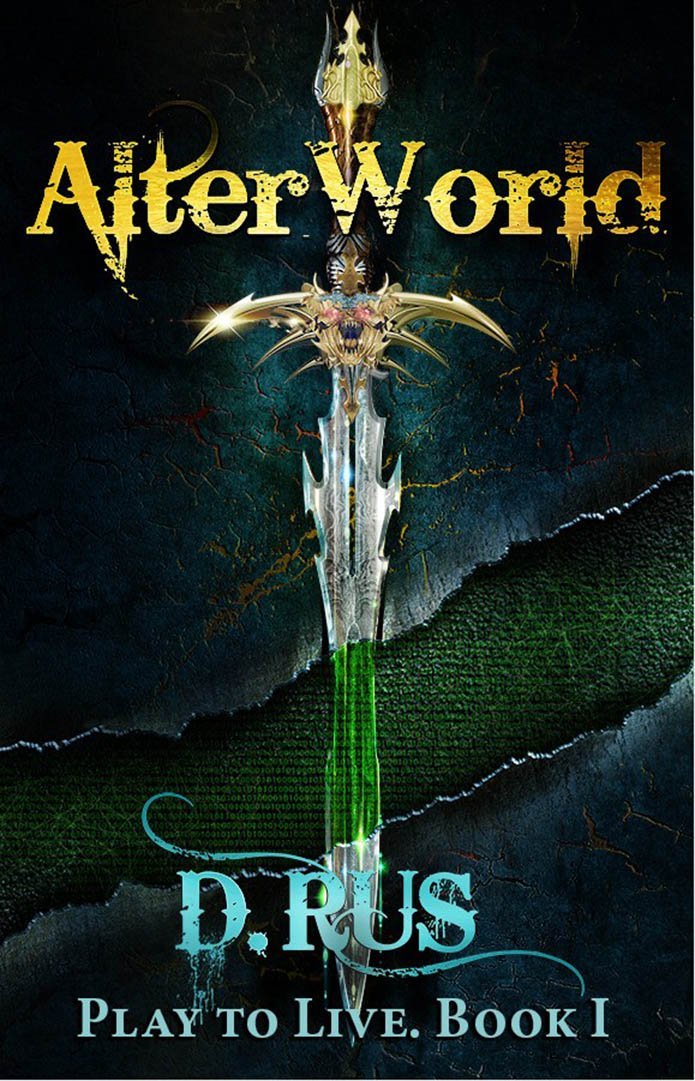 This week for Bookish Wednesday I’m covering a series I ran across the other day and enjoyed the hell out of. It’s AlterWorld, Book 01 of the Play to Live series, by D. Rus!

Plot Synopsis: A new pandemic – the perma effect – has taken over Earth of the near future. Whenever you play your favorite online game, beware: your mind might merge with the virtual world and dump its comatose host. Woe be to those stuck forever in Tetris! And still they’re the lucky ones compared to those burning alive eternally within the scorched hulls of tank simulators.

But some unfortunates – the handicapped and the terminally ill, shell-shocked army vets, wronged crime victims and other society misfits – choose to flee real life willingly, escaping to the limitless world of online sword and sorcery MMORPGs.

Plot: So this plot hook instantly caught my attention as it quickly became obvious that the author was influenced by many novels I’ve covered in my Translation Necessary Thursday columns before.  It deals with a lot of the issues that come up in a few novels, like Legendary Moonlight Sculptor, Ark, and Log Horizon, but does so in a way that many Western readers just haven’t experienced before. He’s not the first to come up with this genre, but he is the first to do so and be recognized by the Western world, which strikes me as unfair but that’s a story for another day. Also the author even included a reference to LMS which is awesome.

Characters: Max is our main character and he’s a pretty decent sort of fellow, which makes him a lovable protagonist. The rest of the cast is great, although I despise Tavor with a passion which is the author’s desired effect.

Overall: This is a great read for those who have never read a Light Novel or Web Novel before and should serve as a wonderful introduction. A must read.