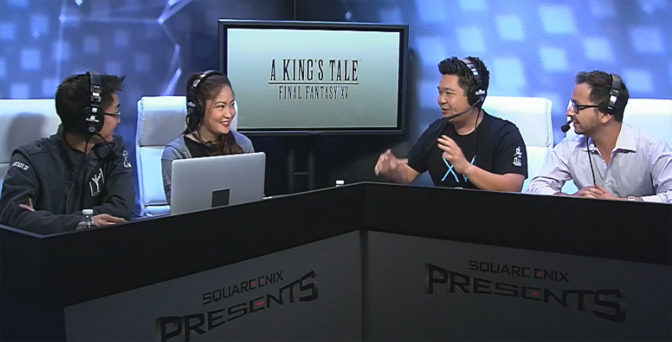 Additionally, Crystal Dynamics and Square Enix will continue the 20-year celebration of the Tomb Raider franchise and the iconic Lara Croft with a variety of activities at the show and online. Programs include custom engraved dog tags with the 20-year logo at the Square Enix booth, and a show on “Square Enix Presents” that takes a nostalgic look at fan-favorite tombs from the past two decades. “Some of Square Enix’s most acclaimed franchises – FINAL FANTASY, Deus Ex, KINGDOM HEARTS and HITMAN — are making a major impact at the industry’s biggest annual event,” said Yosuke Matsuda, president and representative director of Square Enix Holdings Co., Ltd. “We lead the industry in innovation with our gameplay technology and distribution solutions, which show in our E3 presence. With tent pole releases later in the year, E3 should provide a solid preview of our 2016 success.”

Square Enix will also host its perennial live online broadcast, “Square Enix Presents,” directly from its booth. Fans at home and across the world can get an exclusive look at titles in the E3 lineup and a chance to interact with creators throughout the show.