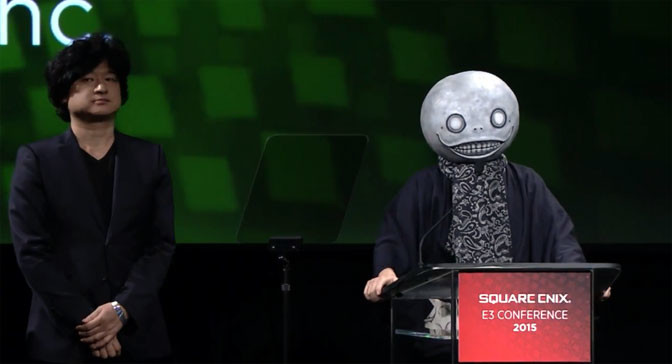 Square Enix wrapped up the major E3 Expo Press Conferences with a look at some amazing games such as Just Cause 3, an exclusive new PS4 game called NieR and Xbox One’s Rise of the Tomb Raider among others. There were also fan favorites like the Final Fantasy VII remake and Kingdom Hearts 3.

The totally remade Hitman game also made a big splash, with it’s open world sandbox and things like new contracts appearing all the time, and even time-limited contracts where you only get one shot, literally, at taking out your target. Last but not least, Deus Ex Mankind Divided helped to wrap up their show with an amazing bang that brings us the return of Adam Jensen in a world that has turned against augmented humans.