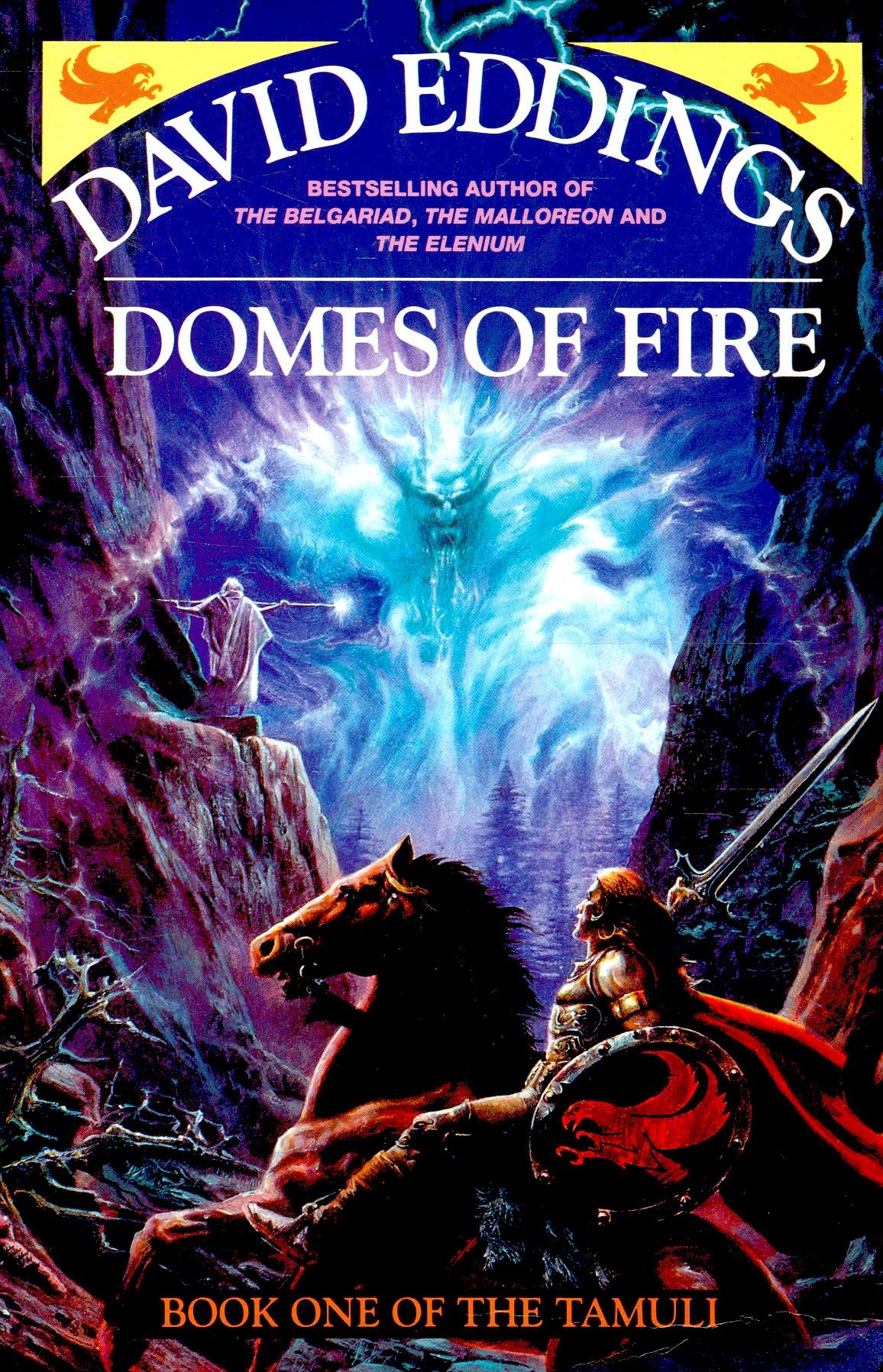 This week I’m continuing with the sequel series to The Elenium for Book Series Wednesday! It’s Domes of Fire by David Eddings!

Plot Synopsis: Domes of Fire returns the reader to the world of The Elenium and the adventures of Sparhawk – Pandion Knight and Prince Consort to Queen Ehlana of Elenia.

Plot: The plot’s pretty good, although it lacks the urgency of the first series, which isn’t necessarily a bad thing. It does heat up in the sequels, but this is a necessary laying of plot threads. Expect the same amount of casual violence that you saw in The Elenium to return.

Characters: Kurik’s son Kalad is probably my new favorite character along with the returning cast. I’m a little sad that Kurik died at the end of The Sapphire Rose, but Kalad is a worthy successor to his role. Stragen is also a welcome addition.

Overall: This is a great sequel series, and while this is a set up book, it’s very well done.