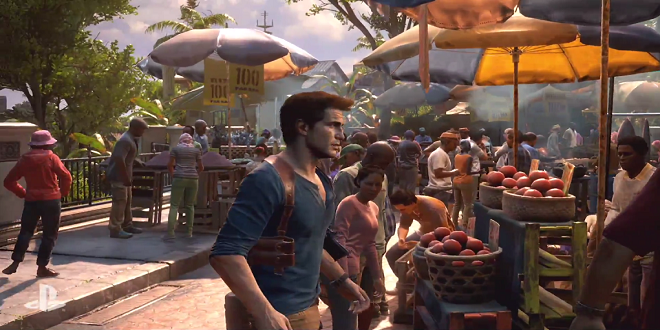 The trailer features one long, epic car chase, worthy of a Jason Bourne film.  The dialogue is snappy and funny. In between quips, Nathan and Sully have a lot of shooting to do.

It’s got a gorgeously detailed exotic locale, but Nathan leaves a trail of destruction, as he drives over rooftops, through market stalls and down alley ways.

Although this is one of PS4’s key exclusives, there’s still no release date for Naughty Dog’s AAA title, beyond the vague 2016.