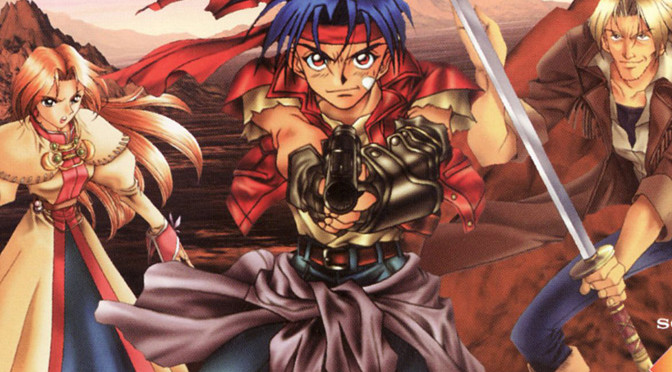 I can’t accurately express how happy I am! I’ve actually succeeded in completing a New Year’s Resolution. This is one of those myths that I’ve always heard about, but never actually seen done before. So I’m psyched about it. Even if it wasn’t something typical like losing weight or giving up an addiction.

All that said, it was a tough road this year to actually complete my New Year’s Resolution. I’m horrible at making plans and setting aside time to complete tasks. Let’s be honest, it’s those exact traits that resulted in the creation of the Time Waster here at GiN.

Looking back at the year I definitely had some favorite games I played and there were others that I just really didn’t like. Okay, I hated some of them. I’d say my favorite was either Suikoden II or Wild Arms. Those that have read past editorials here know that I’m a huge fan of JRPGs. However, what may come as a surprise is my least favorite game from my New Year’s Resolution, which was The Legend of Dragoon, which is also a JRPG. Strange, right?

I also made some slight changes to my resolution from my first editorial about it. Back then there were a few games that I said I’d just boot up old saves from and complete them. I threw that out the window. Instead, the only games that I continued old saves from were Monster Hunter 3 Ultimate, Titan Quest and Final Fantasy IX. I’ll explain why in each section dedicated to those games. I also split the Metroid Prime Trilogy into Prime, Prime 2 and Prime 3 to better explain my thoughts on each of them. Also, be warned that spoilers are waiting ahead.

Check out the following list to see how I did during my New Year’s Resolution for 2015. I’ve included opinions on each game, the date I beat games and how much time I spent on each of them rounded up

Note: This article is a lot larger than what we’re used to posting here at GiN. As such, it’s been split into multiple pages to make it easier to read. You can find the links to other pages above or below.