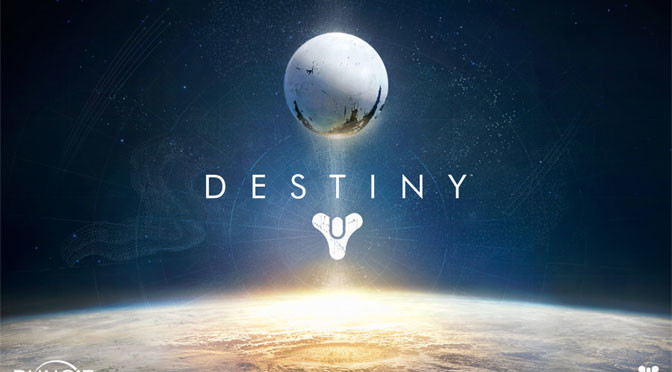 Amid all the announcements at E3 this year, the one that excited me the most was the fact that PlayStation 4 gamers could get in on a special three day Alpha event to try out Bungie’s upcoming “shared world” shooter, Destiny. Having recently acquired a PS4, I was looking for something unique to play, and Destiny fit that bill.

Now, just so you know my current mindset: I used to really love MMOs, but recently have been cooling off to them quite a bit. It’s too much trouble to try and get a bunch of my friends together to play at the same time, and most MMOs are not really optimized for a good single player experience. So I was intrigued that Bungie is marketing Destiny as a shared world, not an MMO. I’ll explain the differences in a bit, but know that Destiny is perfectly fine for a single player gamer. In fact, this is the first title that I’ve experienced where you get the advantages of an MMO with a huge, constantly evolving game world, but one where you can also explore and fight on your own.

Somehow, they also made it so grouping up to tackle big events is seamless too, as in, you can jump in and help people if you want, or just let things like that pass you by if you are busy doing something else. Jump in and you will get credit, but ignore it and you won’t face any penalty either.

Destiny is quite a beautiful game, and that is likely the first thing that will strike you about it. It’s a sci-fi, post-apocalyptic world filled with all types of interesting landscapes like airplane graveyards, beached cargo ships, destroyed factories and abandoned spaceports. And this was just one small area that Bungie opened up for the Alpha preview, suitable for characters level four through about 12, though you were capped at level eight for the Alpha. A lot of the beauty is made up of things like realistic rust on the side of a wall or a crumbling spaceship that never got off the launch pad. But there are also sweeping vistas of a formerly beautiful planet with waterfalls and grassy fields that might make their way into a travel catalog in better times.

Destiny is like that where things look almost picturesque from a distance, but then the decay and horror is quite evident when you get close, and both are rendered very well.

Character creation was sufficiently varied with different hairstyles and eye color and all that. But it’s kind of not necessary since you are wearing a full closed helmet 95 percent of the time. There are also three races that are supposed to roughly correspond to humans, elves and undead, only the elves are called Awoken and the undead are a sort of robot-technology type of race. Again, this is almost not needed since race selection currently has zero effect on abilities or stats. In fact, the only choice that really matters is if you want to play a Hunter, a Titan or a Warlock.

Truth be told, there aren’t that many differences between the three classes either other than their special abilities. I played a Hunter character because they are supposed to be the lone wolfs of the Destiny world, and got really good with an assault rifle, a full sniper rifle and a scout rifle which is kind of a semi-automatic combination of the two. I ended up really loving that scout rifle. However, that said, Titans can also use every weapon in the game, so I’m not really sure why I didn’t just become a Titan with their access to heavier armor, and just play it like a Hunter. At least Hunters have more style, but I would like to see some more separations and advantages between characters.

The plot of the game is that humanity has expanded to the stars, but have recently lost their empire, having been conquered more or less by aliens. One city on Earth holds out, protected by the mysterious Traveler artifact and a huge hand-built wall. Your job is to protect that city at all costs. You do this by going on various missions. Some story missions are assigned to you in the central tower where the Guardians (the term for all the players) are based. Others can be found at flashing beacons throughout the world. Story missions are filled with scripted events and set-piece battles, while the minor ones are mostly jobs to go to an area and scout it, or to collect a certain number of parts or to kill a certain number of enemies. The story missions are far better, but the minor ones can be a lot of fun too.

With my first story mission, I was dropped into the world of Destiny. I was overjoyed to learn that every Guardian has a little floating robot companion called a Ghost, who is voiced by Peter Dinklage of Game of Thrones fame. He does an amazing job here and I loved taking orders and advice from him, though I wish he was a little more animated like his Game of Thrones character. Still, he’s a welcome addition that made me want to buy the game right there. There are other great voice actors too, like Lance Reddick from The Wire, who authoritatively gives you missions and makes you want to follow them to the letter. [Editor’s Note: By way of update, I hear that so many people thought Dinklage’s performance was flat that Bungie is updating it for the beta and the full game. Perhaps we will hear him yell and scream after all?]

Dropped into the frontier, I felt suddenly alone and also quite powerful. Playing my Hunter character, scout rifle in hand, I really did feel like my destiny was in my own hands. Thankfully combat in the game is smooth and lag-free, no different than a single player offline game. And the enemies are very intelligent, not something I normally can say. They will take cover, try to flank you and even run away if things are going badly for them. Once I became skilled, I was starting to snipe their camps and things like that. Many times they would scatter in all directions, waiting for me to approach to collect my loot, wondering if I had gotten them all in the chaos. Only then would they toss grenades and ambush me, proving that they were quite intelligent.

But at first, I wasn’t skilled at all. I remember exploring an airplane graveyard, just marveling at how amazing it all looked. Dinklage’s Ghost even added some sad commentary about what had been lost. Then I began to hear some of the aliens as I was creeping up the wing of a big transport aircraft. I didn’t see them, but knew they were close. Trying to be careful, I snuck up towards the top of the airplane hoping to get a better view. Only I didn’t notice a big crack between the wing and main body of the broken up plane. Sure enough, I fell straight down into the campfire the aliens were using to keep warm under the wing. I honestly don’t know who was more surprised at my sudden landing. I started shooting and they scattered in all directions. If they would have chosen to fight, they probably would have killed me. I limped away as fast as I could.

You have both a shield and regenerating health. Its one of those mechanics where if you are low on health and your shields are gone, you can take cover for a few moments and regenerate both. As such, careful players can often take on enemies who are several levels higher and still come out alive after a protracted battle. I really like this aspect of the game. Too many MMOs just rely on scripted combat and button mashing, but the end result is pretty much decided by the level of the player and the enemy. Here, I was taking on bad guys and even “bosses” who were several levels higher than me. But by using skilled fire and move techniques I was often able to emerge victorious, though it took some doing. I really like that aspect of Destiny where it’s a shooter first and a shared world later.

There is player versus player combat, which I mostly detest, but only in designated arena areas. Out in the main world, everyone pretty much goes about their business. But there are these community events which bring people together. Basically a community event is when a giant or powerful enemy comes on the scene and there is almost no way a single person can take them down on their own. You get a notice that a community event is taking place if you are in the area. You can choose to respond or ignore it. If you go to the area and fight, then you basically do your best to take down the bad guy, which is normally more effective if you can hit strategic weak spots in its armor, which are fairly obvious to those who look. It was nice that everyone came together so smoothly to kill the thing in my case. Afterwards, everyone ran out to the middle of the battlefield and started using the dancing emote. It was like a battlefield dance party, but we were all pretty happy, strangers who came together to defeat an impossible foe.

The game will also automatically group you with others if you try to attempt a mission that requires more than one person. There was one in the Alpha where you needed three people. When you try to go there, you end up hanging out in your spaceship while the game builds a team. You can also set up your own fire team of friends if you want, but the ad hoc matchmaking is quick and tends to lead to balanced groups. I never had a problem with group missions and perhaps I got lucky, but everyone always did their best, reviving fallen friends, using their special abilities and generally helping the group push forward.

The Alpha was not without a few flaws. Player versus player maps seemed like a series of small rooms and short corridors where the team with the most Titans always won. It mostly devolved into players running around with shotguns twitch killing each other. I was kind of hoping for a little something different in the PvP arena from Bungie, though perhaps that will be added later. Also, it would be nice if some depth was included to make character selection more worthwhile. At least up until level eight, there isn’t that much of a difference between the three classes, and no racial abilities at all to justify even having them as a choice. Still, with the emphasis on a solid single player experience, this may not matter as much.

Bottom line, I know a lot of people are tired of MMOs and quite a few people are getting the been-there-done-that feeling with shooters as well. But Destiny is certainly not an MMO in the normal sense, and it’s more than just a linear shooter too. It really taps the best of both of those worlds, and a little bit from the RPG genre too, to create something unique. It’s worth checking out for sure, especially if you can get into one of the free upcoming betas. For me, I was pretty skeptical going in, but now, I can honestly say that I’m probably looking forward more to Destiny than any other game this year. Three days was not nearly enough to satisfy my craving for a new and good gaming experience, and I look forward to more adventure time outside the wall.