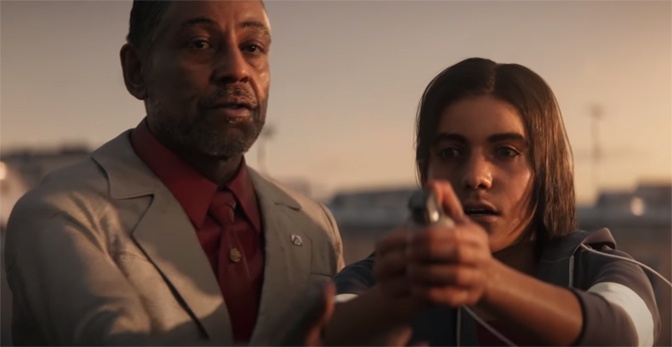 Hello readers, I know I have harped on this in a recent column and I apologize for beating a dead horse. With new consoles coming out I watched Ubisoft’s announcements for next gen games and was saddened to see their main pitches were Far Cry 6 and Assassin’s Creed Valhalla. A new generation of games and the best we can pitch is the 14th Far Cry game (or standalone expansion) and the 23rd Assassin’s Creed game? For those who are thinking “I didn’t know the series was that old,” it isn’t. It launched in 2007 and has averaged almost two games or expansions a year. So it’s not really old. There are just so many sequels.

Part of me wonders how much of this has been a result of so called “buy and kill” tactics by large publishers such as EA. Buy and kill is when a large publisher buys a smaller developer or publisher and immediately closes them so that company can’t compete anymore. EA has been the main villain of this for a long time and the website Heavy has a good list of studios that EA has bought to gain IP and then killed the studio at the first chance they got.

Between the major publishers like EA and Activision Blizzard, there is not much room for competition. Developers who have sustained success are likely to be bought and killed, or bought and forced to make games that are not what they envision. Take Bioware as a cautionary tale of being successful. Before they were bought by EA in 2008, they had released stellar titles such as Jade Empire, Baldur’s Gate, Star Wars: Knights of the Old Republic and Mass Effect. Afterwards they had some good new games in Dragon Age, but otherwise went unused until EA made them develop Anthem. Now, when I look at Bioware’s history an online multiplayer only action game doesn’t seem like a logical step.

I personally feel like we don’t have a healthy competition within the gaming industry anymore. It felt like during the N64 and PS1 days that more developers had access to the same equipment so they could make large publisher quality games with about the same graphics quality. Now, unless you are backed by a major publisher or one of the few developers that have not been bought yet, your game gets relegated to the indie market or online marketplace where it can be overshadowed.

I know the indie market is a great thing, but it has become flooded with identical games over the years. How many 2D platformers are on the market right now? Sure, a few stood out like Skull Knight and Super Meatboy but most fall into the “like (other game) but,” category. I guess my point here is it feels like Sony showed off Horizon: Forbidden West and Ubisoft’s best counter was “Here is your 23rd Assassin’s Creed game.” The game industry needs to better regulate mergers to try and prevent buy and kill strategies so that gamers have more diversity in their game selections.

I would love to know what you all think and feel free to comment either in the site or on the Game Industry News Facebook page. What developers do you miss, and what has certain big publishers done that angered you, if anything? Trust me, everyone should have something to share.

That’s it for this week. I did want to wish you all a safe summer. Please gamer friends, keep yourselves safe out there, because we might on the verge of lockdown part two.