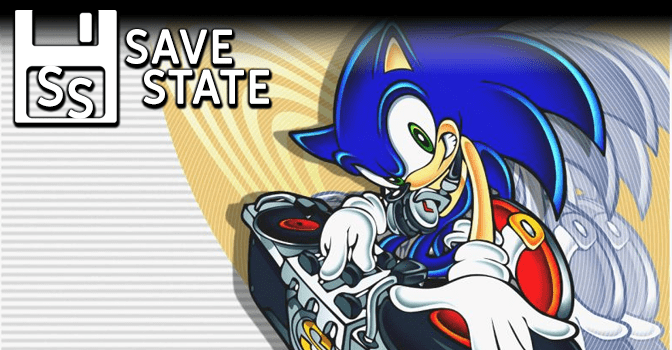 Welcome to Save State, where we embrace and love the Sonic Cycle. Sonic is one of those series where everyone has a different opinion on it. If you asked five different adults where Sonic games stopped being good, you’d get five different answers including one that might not think the games ever dropped off at all. As mentioned in a previous column of Save State, I’m a pretty big fan of the blue blur, so when I saw that a brand new game was releasing in Sonic Frontiers, I decided to mildly hype myself up by playing some of my favorite games from childhood.

Let’s start off with a brief look at the new Sonic Frontiers game and their awesome launch trailer.

And now, on to classic Sonic games. Back in July, I experienced the Sonic Origins collection on PC, but some of the games that made me the absolute most insufferable of a teenager were the Sonic Adventure games that released on the Sega Dreamcast. I still strongly attribute my love for butt rock to Sonic Adventure, at least. For this entry of Save State, come along with me on a journey as I revisit a darling game from my teenage years: Sonic Adventure. I can’t make any prescriptive claims of whether Sonic Frontiers will be good, half-baked, or garbage, but I can at least give my perspective of a game that I at one time loved dearly. 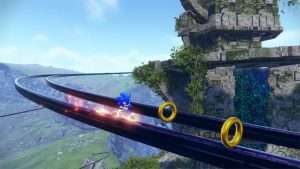 One of the worst things about getting sick all the time is that you wind up spending a disproportionate amount of time lying in bed. Unfortunately, when I don’t have anything to mess with, I tend to hyper fixate on things. I got the sudden urge to play Sonic Adventure after seeing some trailers for Sonic Frontiers, and for some reason the game just was not running on my Steam Deck at all, at least initially. The Steam release of Sonic Adventure either wouldn’t run at all or had terrible controller issues, so I had to perform a variety of changes to attempt to fix the problems. In the process of searching for potential solutions, I stumbled across the Better SADX mod which changes the Steam version to be more in line with the original Dreamcast iteration while also fixing a bunch of various glitches while it does so. After getting the mod set up on the Deck using the Steam version of the software, I was off to the races playing one of my favorite games from childhood.

Sonic Adventure was Sonic’s first true foray into the 3D platforming space. There were earlier attempts at pseudo 3D with things like Sonic 3D Blast, or tech demos that weren’t full games like the hub world of Sonic Jam, but nothing came close to the scope of Sonic Adventure when this game was released in North America back in 1999. While Super Mario 64 was a super competently designed game that revolutionized platforming by introducing collectathon elements to encourage exploration, Sonic Adventure tried to include all the things that major players like Banjo-Kazooie, Spyro the Dragon, etc., didn’t: A fully realized story, told with a great amount of voice acting through six distinct gameplay styles that the player switches through as they progress. 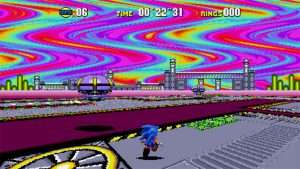 What’s wild is that Sonic Adventure released mere months after Spyro the Dragon and Banjo-Kazooie. The emphasis on quick movement, fantastic music, and large amounts of storytelling was just above what other games were doing at the time. When you first boot up Sonic Adventure, it’s like opening a time capsule. You’re greeted with a fantastic full-motion video of a giant water dragon destroying a city, and the game wastes no time with its plot as you’re immediately thrown into a battle with Chaos, whom Eggman calls the god of destruction. What ensues is a race between the Sonic cast and Eggman to acquire all seven Chaos emeralds before Eggman can feed them to the water god, because that would signal the end of the world.

At first, you can only play as Sonic in his action stages that somewhat faithfully bring the original platforming into a 3D plane. You’ll quickly unlock Tails, who plays similarly to Sonic but can fly, and whose goal is to race Sonic to the end of his stages. Knuckles, on the other hand, needs to find the shards of Master Emerald. You’ll be playing in a lot of familiar locations with Knuckles, but the dynamic shifts considerably because your goal isn’t to reach the end of the stage as fast as possible, but instead to hunt the three shards located somewhere in the stage. 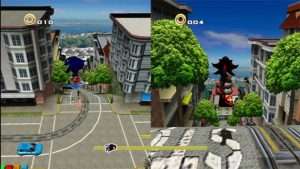 E-102 Gamma, one of Eggman’s robots, turns rogue and decides to destroy its fellow members of the E series, and his gameplay is a moderately paced shooting gallery with a mini boss battle at the end. Gamma only has so much operation time, but by chaining shots together and killing multiple enemies at once, you can earn more time pretty easily (though it’s unnecessary to try too hard with this: The time limit for the default mission is very, very lenient). Amy Rose’s story, on the other hand, involves her running from a giant Eggman robot trying to capture a bird she’s protecting. Her stages are considerably slower and have a lot more of what some may call puzzles, but she’s mostly just a slow-paced breaker whose story ties into the end of E-102 Gamma’s.

Then there’s Big the Cat, the final playable character. His gameplay involves fishing. That’s it. In fact, that’s basically his entire contribution to the story, and he could have been cut with practically no repercussions whatsoever to the overarching narrative. It seemed like the Sonic Team just wanted to have a different kind of minigame to keep players occupied, as a lot of games in the late 90s were injecting fishing minigames into them for… some reason. I mean, Zelda: Ocarina of Time did it, so why couldn’t Sonic? For the most part, once you get the hang of it, Big’s fishing stages are pretty quick and easy to get through, but slowly wandering around and catching a frog isn’t exactly what people think of when they envision Sonic the Hedgehog, so it’s understandable why people reacted so poorly to his stages. 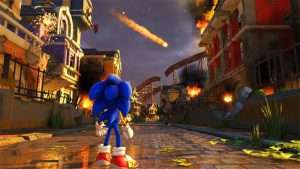 For the most part, many of the stages in Sonic Adventure are fantastic. Almost all of Sonic’s stages are top notch, and while Tails is just Sonic but easier since he can fly, it’s at least entertaining to see how you can break the stages and get super far ahead while racing against Sonic. To add on top of this, the overly cheesy story is perfectly in line with what you’d expect from something that released in Japan in 1998, and the little stories of Tails learning to overcome challenges without Sonic by his side or one of Eggman’s robots realizing that being subjugated, thrown away, or repurposed by an evil, egg-shaped man isn’t all there is to life, all have their great little moments.

After clearing all six character’s stories, you’ll unlock a final chapter that culminates into one of the biggest final boss battles of its time, complete with a hard-hitting butt rock backing track that’ll have you tapping your toes while you explode a giant water snake until it decides to stop being evil. The final chapter was a nice way to finally intermix all of the little story developments that would pop up every so often with the playable characters, and doing so in a big Doomsday Zone style final boss was fantastic for its time. Of course, twenty-four years later, the final boss and the destruction of a city looks more than a little bit awkward nowadays, but two and a half decades ago we were just happy to spin around and toss turtles into bombs, so our expectations were a lot lower back then. 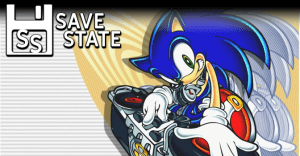 Some of the animations and voice acting are wacky, but I’d argue that there’s nothing to the level of 1996’s Resident Evil “Jill Sandwich” in Sonic Adventure. There’s still goofy lines and poor delivery, but for that transitory time before all video games became multimedia extravaganzas with, you know, voice directors who know what they are doing, Sonic Adventure delivered on quite a lot of what it attempted. Of course, there were tons of bugs and glitches, but the Better SADX mod fixes a lot of the ones that were introduced with the port from the Gamecube, like getting sucked through a wall and into instant-death water in the very first stage of the game.

There are definitely parts of Sonic Adventure that are flawed, from the bugs to the poor lip synching (calling it poor is practically overstating it, as that would imply there is any lip sync at all)! The voice acting can be cringe-inducing, and two out of the six characters have mediocre gameplay. Though, it is worth noting that Big and Amy’s stages only account for seven out of the total thirty-two playable levels of the game, that’s still 21% of the game that people don’t really find fun either due to the speed of the characters or just disliking a fishing minigame being needed to see the end of the main story. 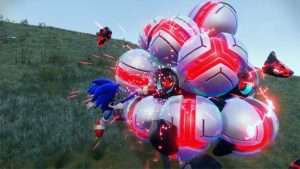 My bottom line for Sonic Adventure is that it can be a terrible game at times, but when things work, the gameplay is both immensely fun and insanely entertaining. Big and Amy’s gameplay notwithstanding, and the bugs from the Steam release patched via the mod, Sonic Adventure was a more than enjoyable romp. The bosses are memorable, the soundtrack is incredible from start to finish, the Chao Garden system where you raise adorable Tamagotchi creatures is one of the best side systems in all of video games. There’s a ton to love and a bit to hate in Sonic Adventure, and while I have a load of nostalgia for it, I do like to keep an open mind and look at what I’m playing from a more objective standpoint.

I still haven’t had a chance to play Sonic Frontiers, but I’m looking forward to giving that a shot sometime in the future. With that said, however, we’ll bring this entry of Save State to a close. Remember to water your cats or else they’ll go on large fishing expeditions and waste everyone’s time – to the extent some bozo is still talking about it twenty-four years later!