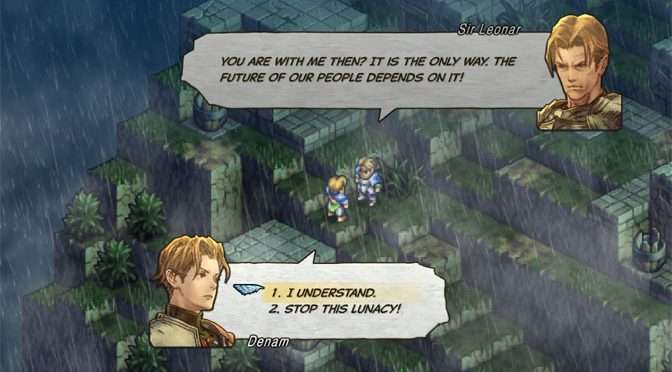 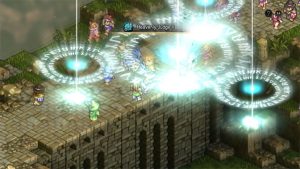 Hey all, I’m back with a game that is a predecessor to some of my favorite games for this week’s Retro Game Friday. It’s Tactics Ogre: Let Us Cling Together.

Plot: The plot is pretty standard Fantasy fair, rebel group against an evil corrupt government, etc. What was different about Tactics Ogre was how you could progress through the story, and how it was affected by the gameplay. If you recruited people instead of defeating them in battle, you might change the outcome of the game dramatically. Or not. There were eight possible endings. I enjoyed the story back when I was younger, though now I’d probably not be quite as enthused given how stereotypical it is.

Gameplay: This plays a lot like Final Fantasy Tactics, which should come as no surprise since it’s made by the mind behind those games.

Art: The art is also really familiar, but again that shouldn’t be a surprise.

Music: The music, like the art, is really familiar, and very good.

Overall: If you loved Final Fantasy Tactics, you might want to give this a try. There is also now a newly released version of this Tactics Ogre title that has been remastered, and it includes an updated game design and improved sound and graphics. This remastered version is titled Tactics Ogre: Reborn and is now available on Steam.

For those who like: Turn Based Strategy Games, Final Fantasy Tactics, Fantasy, Action, and Drama.