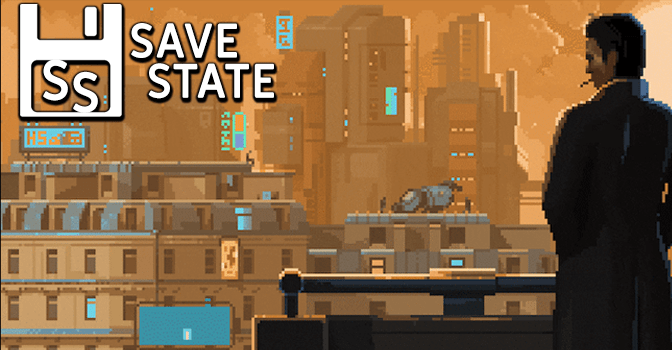 Welcome to Save State, where we’re coming off a visual novel kick and are now playing point and click adventure games that are heavy on storytelling. What do you mean that’s almost the same as a visual novel? I don’t have a problem; you have a problem! In the last couple of weeks, a little birdie came to me and said, “Do you want to play Lacuna?” To which I said, “Isn’t that a metal band?” Then the bird squawked and I found a copy of Lacuna in my library, so I figured why not play it, I always do what birds tell me to do. If I didn’t, that’d be too much of a bird-en. They can’t all be bangers, let’s just jump into this. 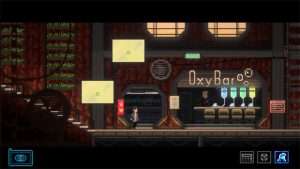 Lacuna is a 2D point and click adventure game where you play as a special agent named Neil Conrad. Much of the game is spent performing what boil down to detective duties- as Neil, you’ll question suspects, gather evidence, accuse suspects, and try to fix your failed marriage (not necessarily in that order). Neil has to juggle his responsibilities as an agent with trying to maintain contact with his ex-wife and daughter, and things quickly begin to spiral out of control with the murder of an important diplomat who was sent to their space colony in order to further relations between two opposing interstellar factions.

Lacuna takes place in a time far, far in the future- where humanity has spread all across the stars… but unfortunately also takes place in a time where humanity still squabbles with itself over differences in religion and race. I’m not going to spend a lot of time going over the story, as it quickly ramps up and has eight different endings for you to chase, but Lacuna is a tale of assassinations, terrorism, and interstellar politics in a sci-fi noir world dominated by inequality. 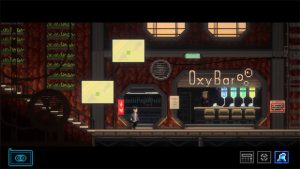 At first glance, the writing in Lacuna is very cliché, as Neil grumbles to himself about things that occur in basically every detective drama of all time- at least in the beginning. The presentation of the story rapidly improves as you play, with great notes played for characterization and humor throughout. One moment that was really enjoyed was when Neil sat down in a subway car early in the morning, dead tired after having chased a suspect all night, when he noted that he wouldn’t fall asleep due to how uncomfortable he was. He then gets up to leave for his stop- only to discover that was actually a dream. He decided to stand in the subway car for the rest of his ride home. These little moments are something that a lot of visual novel games miss, and they can instantly endear you to the character and remind you that the character you’re playing as is a human being, not a superhero.

The gameplay of Lacuna is remarkably simple, as players will move around the futuristic world and question characters involved with the story. You’re able to highlight interactive objects and activate an inspection mode to let you get a better idea of things in your surroundings. Sometimes, getting information involves doing a favor for somebody or putting evidence together in such a way that you can force someone to tell you what they know by accusing them of wrongdoing- and note that you actually can get this wrong, and wind up accusing the wrong person, giving you less information to work with. If you provide the wrong answer for a choice, the game autosaves and you’re stuck with what you selected- so be mindful! 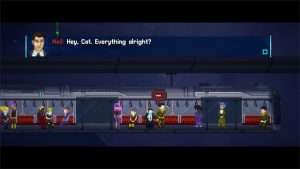 Rather than forcing the player to have quick reaction times during events, Lacuna instead prefers to require players to quickly think about the ramifications of the choices presented to them. At no point in the game will you be required to have precise platforming skills, but there are moments where you’ll have to quickly respond to NPC questions and claims and then live with the result. You can turn this off, but I’ve found that leaving the timed choices dialogs on increases the tension, especially when you don’t know which answer to give. You’re not timed on every answer, mind you, but there are moments where you’ll need to grill a suspect in under 30 seconds before his lawyer can interfere through the delay of the satellite communications, that sort of thing. 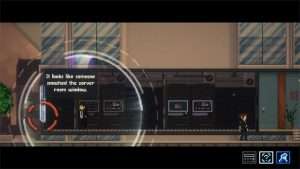 For the most part, players in Lacuna will gather clues and make choices that branch later events. The game itself is relatively short, but Lacuna autosaves constantly and there’s no way in-game to load a previous save in the event you made a mistake. In order to catch a terrorist, you need to put information together in order to build a profile of the criminal for everyone to follow in order to properly identify the suspect. Inputting incorrect information can lead to changes in how events play out later in the story, and as mentioned above, the game autosaves frequently and there’s no rolling back. If you give too many wrong answers, just imagine that you’re roleplaying as a bad detective. That makes up for everything, right? 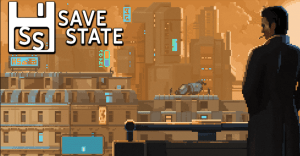 Lore hounds will find a ton of information about the world of Lacuna. The game itself takes place on one planet, but there are the politics of different space colonies and planets to explain more about from where the conflicts in Lacuna arise. All throughout the game Neil can receive newspaper articles and emails that will further explain why these different groups would attempt war, terrorism, etc., over various resources and differences, which is important because a lot of that isn’t seen directly in Lacuna. The game centers around a single agent and therefore focuses on his tasks- he’s not an interstellar politics diplomat, so it makes sense that you read up on, and are not directly involved, in a lot of things. In any event, a lot of that information is optional, like logs from Metroid Prime, so if you want to know more about the lore and politics of Lacuna, you get drip-fed that information all throughout the game’s runtime. 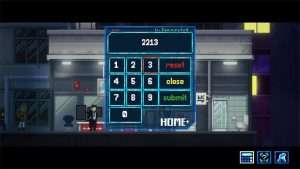 The pixel art in Lacuna is not only fantastic, but it’s rare to see lighting implemented on the environment in a semi-realistic way in games with retro visuals. When you pass by a flashing light in Lacuna, the glow from the lighting will be reflected on Neil and other characters as they go by. Immersion isn’t a game design term commonly thrown around with pixel art games, but the intelligent use of lighting does wonders to sell Lacuna’s space-age world in the future despite being represented, visually, by retro style pixel art. This juxtaposition of an innate contradiction in design by using pixel art to represent bleak futurism via snazzy lighting works extremely well in Lacuna’s favor, and the game is a joy to look at because of it. 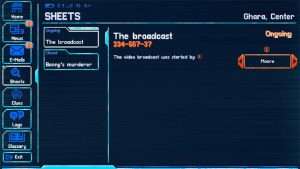 The voice acting in Lacuna is pretty minimal, and largely segregated to noir-style monologues while Neil is taking a long elevator or train ride. The music sells the events of the game extremely well, with a lot of the soundtrack sounding exactly like what you’d expect from a detective noir but with catchy techno instrumentals thrown in, and vice-versa depending on the track. It’s a seriously talented blending that combines tracks that wouldn’t be out of place in something like Cyberpunk 2077, but sprinkles in stringed instruments and piano accompaniments to unite the game’s themes. 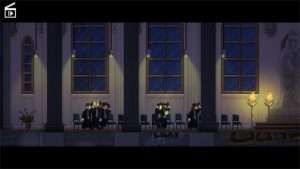 If you enjoy noir or sci-fi storytelling with investigation elements, you’ll find a lot to love in Lacuna. The only real downside to Lacuna is its short runtime, clocking in at just 5 to 6 hours, though it does have multiple endings should you enjoy it enough to try a replay. I can definitely recommend this to fans of point and click adventure games or visual novels, as Lacuna has a great story to tell you, and it’s a pleasure from start to finish.