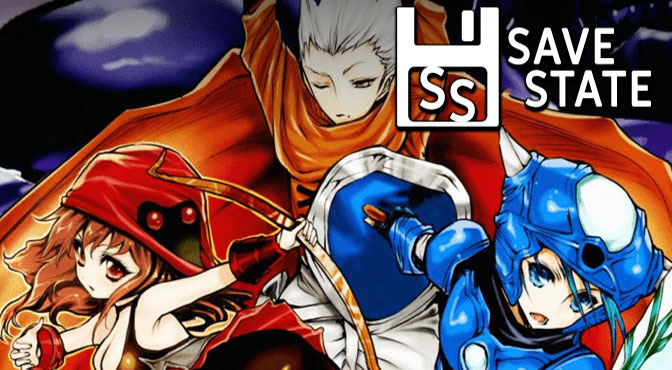 Welcome to Save State, where we’re apparently back on that indie Metroidvania shtick. At some point in prior months, likely during the year end sales, I made the decision to pick up Astalon: Tears of the Earth and finally got around to playing it in the last couple of weeks. The visuals were immediately eye-catching, having a retro 8-bit aesthetic and color-coded characters reminiscent of Castlevania III or the Bloodstained: Curse of the Moon. 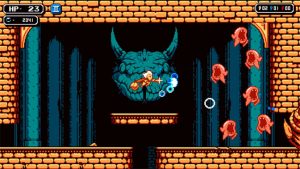 The impetus of Astalon is that you control three heroes as they seek to conquer the Tower of Serpents and vanquish the gorgons inside that are poisoning the water that humanity needs to survive. It’s an incredible simple plot that serves to get the adventure started, but the storytelling really isn’t the major focal point of this game. There are a few lines of dialogue when encountering a boss, and optional things you can inspect while climbing up the tower, but for the most part the plot just exists to give a reason for the adventure.

The actual gameplay of Astalon is what you’d expect, but with a twist. You control three characters throughout the tower, and at least initially, you can switch characters at various campfires that litter the tower. The warrior can perform rapid, close range attacks, the rogue can wall jump and fire a long range bow, and the mage can launch spells that are much shorter range than the rogue’s, but can pierce walls and enemies. Each of these characters earn a variety of powers as you climb the tower, with some of them being required to progress and others just being nice to have. 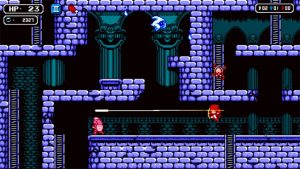 The twist in the Astalon gameplay loop is that it’s very difficult to recover health for the most part, and once you die, you can spend the orbs you acquired by killing enemies or solving puzzles on upgrades for your various characters. You can increase health, damage, even add whole new abilities like the mage’s spell that consumes some health to perform a screen wiping meteor spell. The roguelike mechanic works well with the fact that the largest way to recover health for most of the game is breaking candles all around the tower. By the time you get halfway up the tower, spiked floor traps will deal more damage to you than a single candlestick can recover, so you most likely will need to exercise caution while exploring the tower and backtracking for new goodies, though you do get some handy abilities to recover health later in the game.

There’s a wide variety of enemies that you’ll come across, many of them presenting an interesting challenge until you acquire some new power that makes getting around them substantially easier. The AI of a lot of the enemies is very simplistic, so the most dangerous thing about meeting new enemies is just learning what they do, since knowledge is power and all that. There’s a variety of mini-bosses you’ll encounter who are usually pretty simple to dispatch, though they can wind up in rooms with existing enemies which can make dealing with them more challenging. 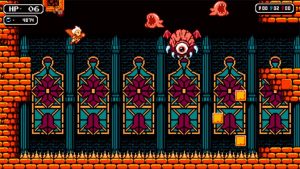 The actual bosses of Astalon are a phenomenal experience, providing a reasonable enough challenge and maybe even killing you the first time you encounter them, but they’re not difficult to the point they can’t be overcome. There’s a number of elevators you can use to quickly zip around the tower, but they can be a bit few and far between, with one location being particularly egregious because you’ll be backtracking a good distance with a new movement ability you acquire in between bosses. It’s a small complaint, however, that’s easily rectified by just going further up the tower. 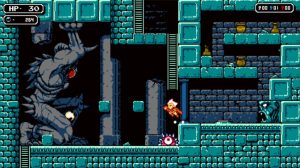 Astalon is steeped deeply in retro aesthetics and has a variety of screen filters the player can apply, or turn off entirely, should you desire. The default filter on the game gives the pixels a much softer appearance and does a significantly better job of trying to sell a retro game on a CRT to the player than most CRT filters in classic video game collections. Having the wide variety of options, even if you elect not to use any of their special anti-aliasing at all, is still nice to see. 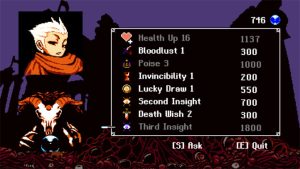 As a Metroidvania with roguelike elements, Astalon captures the NES visuals with modern design philosophies extremely well. The level design of the tower is fantastic, exposing the player to hidden passages, environments you’ll clearly need to return to later in order to acquire a hidden item, and more. Accompanying the visuals and world design is a stellar soundtrack that would not be out of place sitting directly next to Shovel Knight, one of my favorite 2D games of all time. 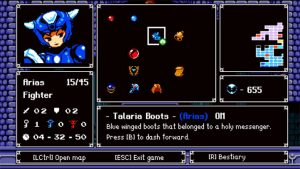 Everything that Astalon: Tears of the Earth does, it does extremely competently. For a game bought on a complete whim and with very little fanfare, I didn’t expect to have anywhere near as much enjoyment from this particular title as I did. It has about everything a Metroidvania player would enjoy, with unlockable characters popping up throughout the tower, too. One strange thing is that Astalon is labeled as episode 2 for an episode 1 that does not yet exist, though I, at least, would absolutely be interested in seeing how the world originally fell to ruin. The story does play a pretty background role, but that doesn’t mean it’s nonexistent.

That being said, we’ll bring this short (but sweet) edition of Save State to a close. Join us once again in two weeks, same bat time, same bat channel. The games talked about like won’t have anything to do with Batman, however. He won’t return my calls.