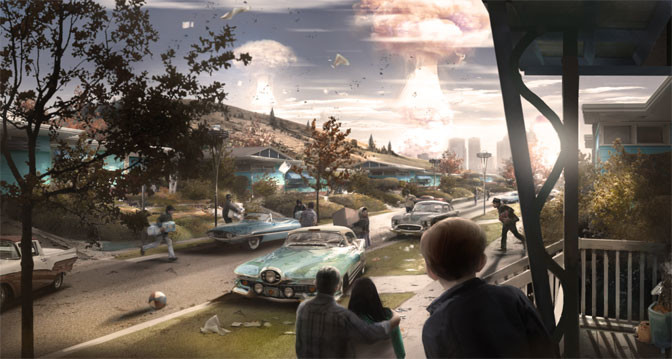 It’s that time again. With 2015 coming to an end, it’s time for me to address the way the year went in the gaming industry. And with doing that, it’s time for my annual two part awards and Best of/Worst of lists. However, this week, as a result of a pending GiN Lounge episode, I’m going to reverse the order that I do my awards. This time I am going to start by listing my best and worst games of the year. As always I’m going to use my standard rules that apply every year.

1.These lists are based on games that I have played over the 2015 calendar year. Thus there might be games that were out in 2014 on other platforms, but I will mention the platform that I played them on during this year.

2.There will be no ports or remasters listed, either on the best or worst lists.

3.For the Worst list, there will be NO EASY TARGETS. I am referring to motion control games, games for kids, shovelware, or mobile games.

So with those rules out of the way, let me start off with some Honorable Mentions for the Best of the Year:

MORTAL KOMBAT X – An excellent sequel to Mortal Kombat 9 with deep online gameplay features, awesome guest characters, with more on the way (Alien and Leatherface,) and more gruesome fatalities than before.

ROCK BAND 4 – This applies more to those with a ton of previous tracks, a rocky debut with a weak on disc lineup, but backwards compatibility heaven!

HALO 5: GUARDIANS – The story in the game might be forgettable, but the actual combat feels much smoother than before, whether you’re playing as Master Chief or Spartan Locke

TRANSFORMERS: DEVASTATION – G1 themed Transformers with melee combat courtesy of Platinum equals winning formula. If only the game was much longer then it would have easily made the list.

#5. ELITE DANGEROUS (Frontier Developments)
Yes, the PC version of this game came out in 2014, but it was the Xbox One version that came out as a Game Preview the first day of E3. However the full finished game was released back in October. Even when in the Preview program, Elite Dangerous turned into an engrossing space sim allowing me to assume any occupation my space-faring heart desires. Combat pilot, miner, explorer, or in my case, drug dealer were all fun to play, and with a massive universe to explore and who knows how many secrets to discover, it is, along with Elder Scrolls Online, the two games that made me somewhat embrace MMOs. I’m hoping that the latest Preview game, ARK: Survival Evolved will carry on that tradition. We shall see.

#4. METAL GEAR SOLID V: THE PHANTOM PAIN (Konami)
Color me surprised with this one. After all the controversy I had to deal with involving Konami’s business practices, their treatment of Hideo Kojima, getting Keifer Sutherland to replace David Hayter as Snake, and the overpriced demo that was Ground Zeroes, The Phantom Pain turned out to be a darn impressive open world tactical shooter. Sure there were really only two main environments to explore and the game jumps the shark at Episode 2, only providing more difficult versions of previous missions, but the first chapter and the storyline leading up to it was just amazing. Konami as we knew them might be gone forever, and I am looking forward to Kojima’s first project as an independent studio, but for the MGS series, this was a great swan song. If only we were able to see the final chapter, but then again, remember this happened to the original Snatcher as well.

#3. RISE OF THE TOMB RAIDER (Square Enix)
I strongly believe that releasing ROTTR on the same day as Fallout 4 was a huge mistake, and it’s a shame because the latest Tomb Raider game is a masterpiece to behold. Featuring perhaps some of the best graphics ever seen on the Xbox One, Lara’s latest adventure is well worth the purchase and a must own for every Xbox One gamer. And yes, Lara is still thrown around like a ragdoll and how she is able to survive I will never know.

#2. THE WITCHER III: WILD HUNT (WB Games)
Remember this was on my #1 spot for the best game of the first half of 2015, and I still stand by that. The Witcher III is a gorgeous experience no matter which system you play it on, and it also provided one of the deepest game narratives I have seen this year. In addition, we have the addicting card game Gwent that can be played against anyone on the map, and a Season Pass that actually gives you your money’s worth, with the first expansion, Hearts of Stone, adding over thirty more hours to the experience. And let’s not forget the fifteen DLC additions that CD Projekt Red gave away…for FREE! How many game developers do that lately?

#1. FALLOUT 4 (Bethesda)
Be honest, tell me you didn’t see this one coming. Even if you heard what I said about the game during the latest GiN Lounge, we all knew that Fallout 4 was going to win Game of the Year. This is a game that I spent nearly 110 hours playing, and even with all the time I spent, I keep finding new places to explore and rare items to find. Then there is the crafting system, yes the much hyped crafting. While I didn’t spend as much time building my structures as others I know who played did, I did spend hours upon hours customizing my weapons, armor, and yes, my extra suits of power armor. Sure all of this can be ignored and you can just play the game straight out. That’s the best part of Fallout 4. It becomes a new game every time you play it, and way you play it. And to think that mods will be coming to the Xbox One version as well soon? I can’t wait to see how that works out!

But, for every pleasure, there has to be a pain. And yes that means five of the worst games I played this season that made me suffer and vow never to play them again. Here they are…

#5. CALL OF DUTY: BLACK OPS III (Activision/Treyarch)
Yes, yes, yes, I know. I used to be a CoD fanboy. But after the travesty that was Ghosts my interest in the series waned significantly. Sure Advanced Warfare was unique, but even that was starting to feel stale. It’s almost as if the CoD series now needs to copy elements from other shooters such as Titanfall to remain significant. But no, not to me. After playing the game for a few hours, I immediately got bored with it and never looked back. It’s time for the CoD series to take some much needed time off.

#4. EVOLVE (2K)
Evolve is an example of a gaming trend that needs to die right away, the multiplayer-only based games. I would have loved to see a single player campaign where you team up with good AI squadmates to take on a behemoth and actually have a chance. But sadly that’s not the case here. Even worse, tons of game material is locked away behind DLC paywalls, meaning you have to spend way more than the initial $60 to get the full experience. This could have really been something, but 2K messed it up badly.

#3. THE ORDER: 1886 (Ready at Dawn Studios)
Here’s another example of poor value for your $60, a cover-based shooter that can be finished in only six hours. However most of those six hours are padded with extended cutscenes and too many quick time events. If anything can be said positively about The Order: 1886, is that it is one of the most graphically impressive games to come out for the PlayStation 4, but still that is not enough for most gamers. Graphics don’t make the game, good gameplay does!

#2. STAR WARS: BATTLEFRONT (EA/DICE)
I can hear the fanboys crying out right now. Sorry Star Wars honks, but Battlefront is unbelievably shallow, even for a Battlefield game. Limited environments, limited types of gameplay, and campers galore, you will lose all interest in this game in a couple of hours. Even worse, EA has the audacity to lock much of the game behind paid DLC, meaning you’ll have to purchase the Deluxe Edition or buy an additional Season Pass. Admittedly the presentation of the game is phenomenal, but again I have to say, that’s not the only thing that makes a game great. There has to be good gameplay. And Battlefront’s shallowness does not equal great gameplay.

#1. TONY HAWK’S PRO SKATER 5 (Activision/Robomodo)
To think that this used to be such a great franchise. But then again, Activision’s corporate greed was a huge factor in why this game failed. Wait, I’m being a little harsh there, it’s also the terrible controls, buggy game interface, mission goals that aren’t opened unless you do it MANUALLY, and a Day 1 patch that required a SEVEN GIGABYTE DOWNLOAD to “resolve” these issues, even though they weren’t resolved, and you have the recipe for the Worst Game of 2015. I guess the only bright side to this sad story is that Activision is losing the Tony Hawk license this year. Maybe it can go to someone better. Maybe EA can acquire it for when they announce Skate 4!

Come back in two weeks for my special awards, including my Baddest Moment of the Year, as well as those who brought out of the worst of me, with the Dumbest Move and Sellouts of the Year.