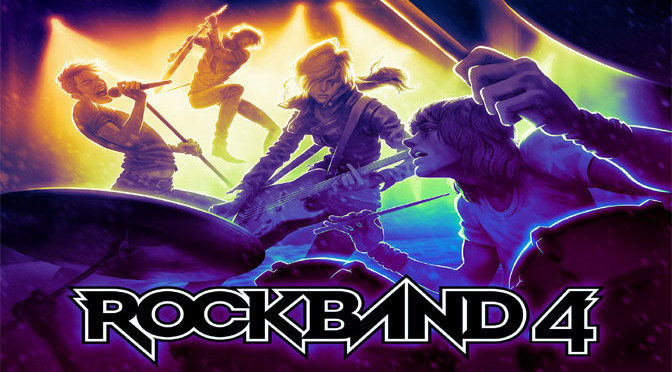 You all know my stance about preordering games. At least, the way it was when I had to preorder physical copies of games. I will admit my stance has somewhat changed when it comes to digital downloads. Since getting an Xbox One, I leaned more towards purchasing games digitally and allowing them to be pre-installed onto my hard drive. I also did the same thing on the PlayStation 4, and with perhaps one or two minor issues with the game unlocking late, it has worked out quite well. In fact, as we get closer to Fallout 4, I will have the game pre-installed and ready for midnight on November 10th.

But what happened to me last week just showed more than ever the reason why I HATE pre-ordering digital copies or bundles.

Last week was the launch of one of my most anticipated games of the year: Rock Band 4. I had a lot of high hopes for this game, and was already set to get it on the Xbox One because of one reason: the ability to transfer over your existing Rock Band library. Or should I say, the songs that were available via download, as transfers of disc based songs are not yet available, as well as songs that were on Rock Band Blitz that need to be purchased again. That process alone is an exercise in frustration, but before that I have to go through the horror story I went through trying to get a copy of this game to begin with.

Since I knew this would easily be a game that would be as much a keeper as Rock Band 3 was on my 360, I would normally have purchased the digital copy, which also included 12 bonus songs on Xbox One. (And yes, there are also 10 bonus songs available for preorder on PS4.) But there was a problem. I have a full size Rock Band 3 Fender Stratocaster replica that was my go to instrument. I wanted to use it in Rock Band 4, but in order to get it to work, I was forced to get a $25 “Legacy Controller Adapter.” I tried to purchase the device by itself on Mad Catz’s web store, which seemed to be the only location to sell it. However when I did checkout, despite buying only ONE unit that I need, I get an error message saying “The number requested is more than what is currently available. Please try again later.” Even when I knew I had money on my credit card, it still said the same thing. If you didn’t have any in stock, Mad Catz, then why did you have it listed as “in stock?” Strike One for you, Mad Catz!

But I figured, ok, I will need to buy the $80 “Legacy Adapter” Bundle. Fair enough. But on my first location to get it from, Best Buy, the listing was constantly labeled as “Coming Soon,” even on the day the game was supposed to come out! With that in mind, I decided to try to order it from Amazon with next day shipping. Since the item description said “This game will be available on October 6th,” I gave in and ordered it. However, the 6th came, and instead of saying “Your item has been shipped,” the description changed to “This game will be available on October 9th,” and then going to “Out of Stock.” So not only did Mad Catz screw me over again, resulting in Strike Two, but Amazon screwed me over again. Maybe I should not order anything form them anymore. Looks like Newegg will be my go-to site as they’ve been pretty punctual and responsive.

Afterwards I checked local Best Buy stores to see if they had them, and of course when I asked one of the commission happy Blue Shirts (Yes, before you send me all the comments that “Best Buy blue shirts are non-commission,” I already know that. But when you think about it, the way they always hover over you trying to force a sale when you are trying to think for yourself and make a decision on your own, does it ever make you wonder?) why they didn’t have it, when displays stated ‘Available October 6’ the only reply I got was “Oh that’s been delayed. You will have to get a bundle instead.” Talk about a bait and switch, and unfortunately that’s what I had to do, and in the end I purchased one of the $130 guitar bundles.

I figured hopefully in time I would eventually purchase a Legacy Adapter on its own, but as expected, Mad Catz not only has them listed as sold out, but also the Adapter Bundle. I’m glad to see that Mad Catz thought ahead about all those who wanted to play with their 360 instruments and have enough stock ready to go. And I’m sure you can easily read through my biting sarcasm too. After going through all the hassle of being swindled out of an extra $50 for the guitar bundle, I figured why not check the secret underground lair of the evil reseller empire, eBay.

Upon doing a search for a “Rock Band 4 Xbox One Legacy Adapter,” the first listing I came across was one…from the UK! They wanted $106.56 including $10 for shipping. And don’t even get me started on the import charges, which are not listed until checkout but I’m sure are going to be exorbitant. I did another check today before writing this column, and although more adapters are available online, it’s still the same old greedy reseller heaven, with Buy It Now prices starting at $70, and it absolutely sickens me. And because Mad Catz created this shortage, that’s STRIKE THREE!

Mad Catz, you are going way too far with not providing enough stock, and in fact, I feel that you are doing this intentionally to bait and switch customers like myself to buy one of the controller bundles. I am giving you a formal invite to my column so you can let me know what you have to say about this, though I doubt you will let us know the truth.

But I will mention this column ended on a somewhat high note. A friend of mine on Facebook had the same problems that I did when he preordered his game digitally. After he did in his own words, “24 nasty emails, 3 phone calls and countless Facebook posts,” he received a guitar bundle. I still think they should have given him the legacy adapter (provided he wanted to use his 360 instruments. If that’s not the case, I apologize to my friend in advance) but they at least listened to him. I wonder if they will do that to me, although I already bought the guitar bundle.

Mad Catz…time for you to respond. Though I’m not expecting much.

Waiting For: Wasteland 2 Director’s Cut (Either Xbox One or PS4, depending on which one Gamefly sends first,) Fallout 4 (Xbox One)