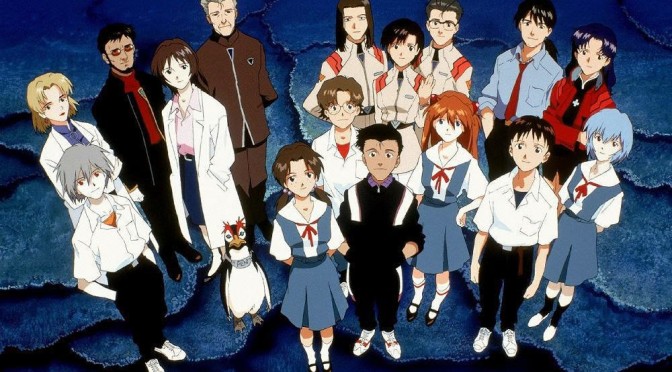 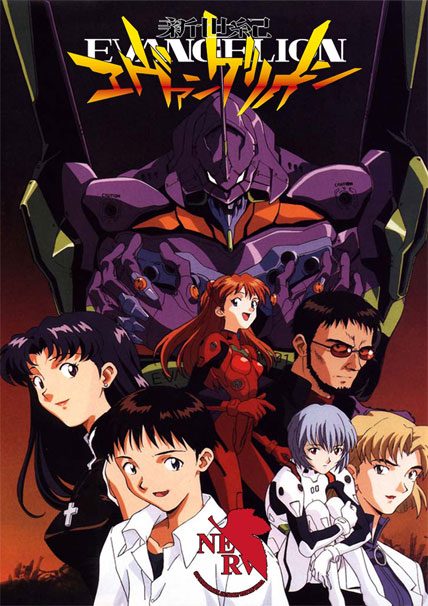 This week for Sensate Saturday I’m covering one of the most critically acclaimed series of all time! It’s Neon Genesis Evangelion!

Plot Synopsis: In 2015, fifteen years after a global cataclysm known as the Second Impact, teenager Shinji Ikari is summoned to the futuristic city of Tokyo-3 by his estranged father Gendo Ikari, the director of the special paramilitary force NERV. Shinji witnesses the NERV forces battling an Angel: one of a race of giant monstrous beings whose awakening was foretold by the Dead Sea Scrolls. NERV’s giant Evangelion bio-machines, synchronized to the nervous systems of their pilots, are the only weapons capable of keeping the Angels from annihilating humanity.

Plot: Boy does this show throw people for a loop, myself included. I personally don’t enjoy the series very much as it is very depressing psychologically. That being said I can see the appeal that most people have for it, as it deals with issues that just aren’t dealt with much. Things like the morality of using technology on humans and mental illness. Personally I don’t enjoy the series, but I did slog through watching it.

Characters: The cast is… screwed up to say the least. Shinji is a crybaby and pretty much every character has a serious issue. Even Misato, who is my favorite character, has her own issues that she deals with despite looking happy go lucky. This makes for an amazing show, but there are times when I wanted to throttle Shinji for being such a wimp.

Art: The art is great, nothing like an Anime movie made today, but it was spectacular back in the day and still is pretty great.

Music: Eva has one of the best soundtracks ever made, for me it’s the second best part of the series after the cast of characters.

Overall: If you deal with depression this may not be a good show to watch, but otherwise it’s a masterpiece that is a must watch before you die.