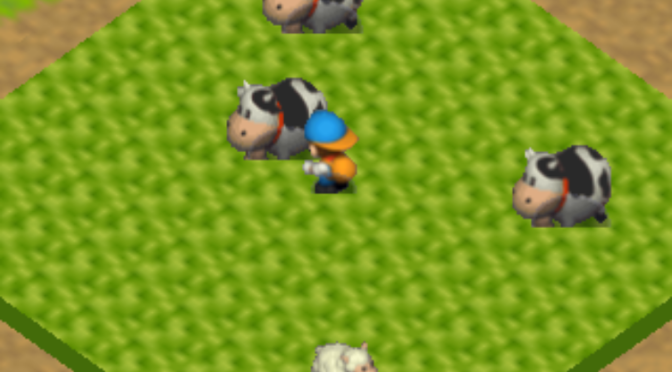 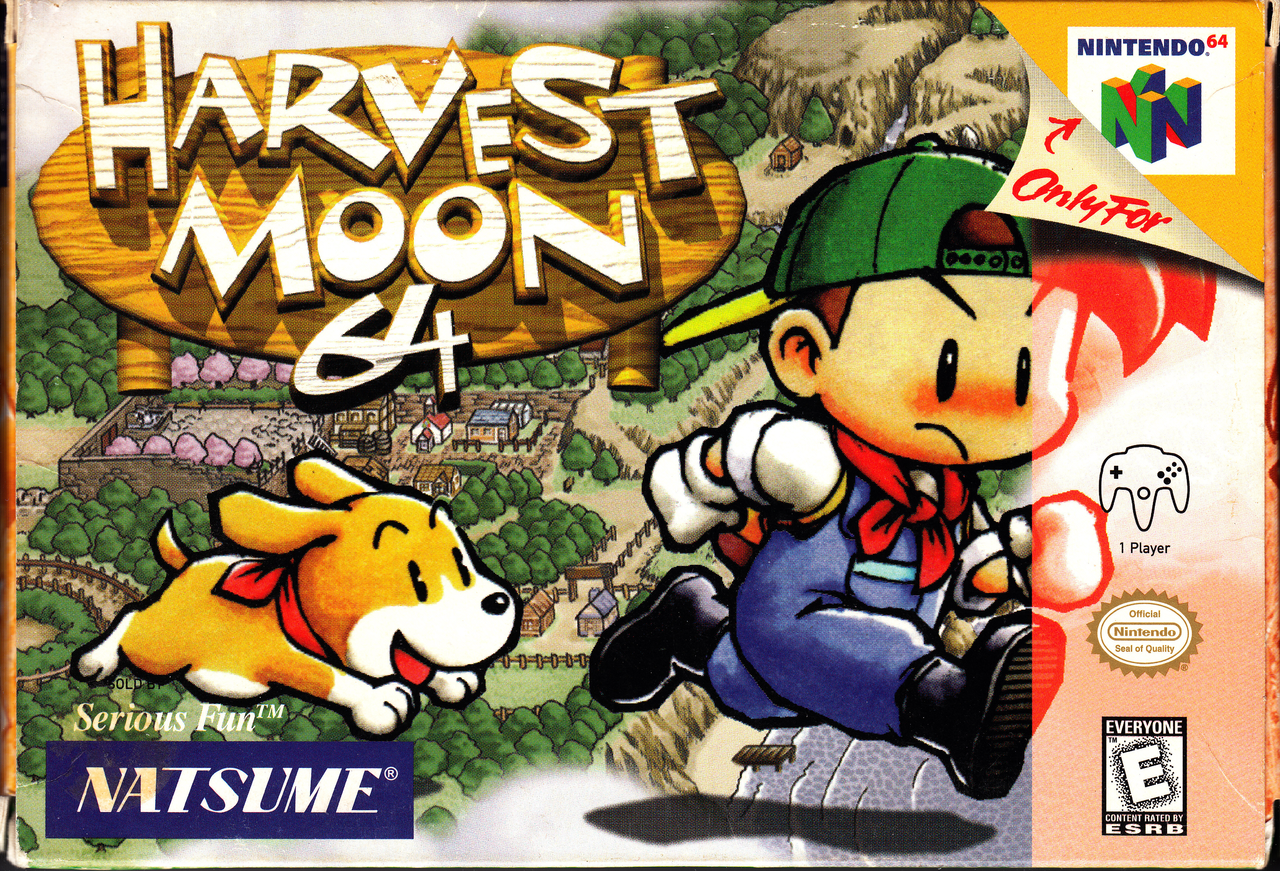 This week for Retro Game Friday I’m covering a game I somehow enjoyed back in the day! It’s Harvest Moon 64!

Plot Synopsis: As a city boy you inherit your grandfather’s farm and set off to restore it to it’s former glory!

Plot: Okay that’s not much of a plot, but the gameplay was fun back in the day. I might be bored now though.

Gameplay: The objective of Harvest Moon 64 is to restore and maintain an abandoned farm left to the player by their grandfather. The player is initially given a set of tools to use in order to achieve this goal. Along with restoring the farm, there are a number of other side quests that the player may choose to partake in, including training and racing a horse, selling crops, participating in a variety of town festivals as well as random events, falling in love and getting married, collecting recipes, and collecting photographs from various achievements and events.

Art: The art is very dated, but not too badly as it used mainly sprites.

Overall: May be fun, especially if you choose to chase after the hardest to get girl, which is quite challenging.