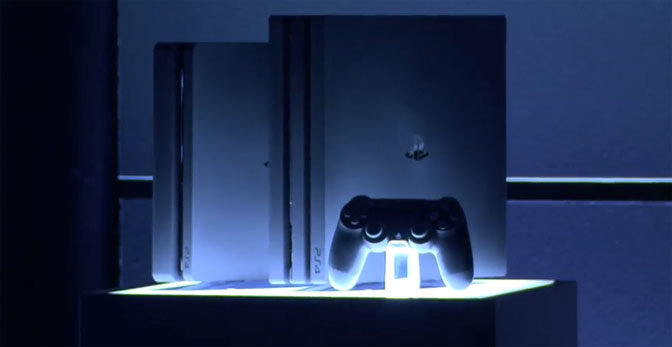 First of all, I want to give you an update on why there have not been any updates on my Fallout 4: Nuka World walkthrough. To put it simply, personal matters, as well as an extended work schedule, have prevented me from getting time to continue my experience. But not all is negative, as with the money left over from my move plus expenses, I was able to trade in my original model Xbox One for a shiny new Xbox One S. As a result, I should be able to get back into recording in the coming few days. But in the meantime, since my last column, there has been a lot that I want to talk about, and all involves Sony.

I’m just going to get it out of the way and say it here, and I know it’s going to upset a lot of hardened Sony fans, who will immediately react to this column as clickbait and claim that I am once again an Xbot, but this month has not been good at all for Sony. I usually say events like these come in three, and once again it’s coming true. I won’t go into the first part too much into detail, as we’ve talked about No Man’s Sky in great detail and by now ripping on it is old news, but it’s the start of everything that has gone wrong. Let me get to the second part right away.

I have to admit, I was curious to see what Sony was going to unveil, as we all knew in advance reports of a remodeled PS4, and the possibility of an upgraded PS4 that would be designed to compete against the six teraflop monster that Microsoft is releasing next year in Project Scorpio. We also wanted to know if the latter would be known as the PlayStation Forever which would allow constant upgrades of both the CPU and GPU (without thinking of how far would it go before the motherboard went up in flames,) and if we would we see more of PlayStation VR before its launch date.

Well, we did get a new standard PS4, or in this case, the PS4 Slim. The console was leaked to the public a week again, but is now officially announced. While being the lower price of $299 for the 500GB model, it is missing something that I felt is going to hurt a lot of people: the optical audio jack. Yes, I can hear some of you saying “who the **** cares?” But believe it or not there are a lot of people, myself included, that still use optical audio in our sound systems. And yes, my audio receiver is a Sony. So yeah, who hates Sony now?

The rest of the PlayStation meeting was centered on their other huge announcement, a console that is said to provide 4K gaming and High Dynamic Range (HDR) color. In fact, that’s all that Sony mentioned for about ten minutes straight. 4K, 4K, 4K. HDR, HDR, HDR, so next time you all want to go off on TV, TV, TV, keep that in mind. But I’m going off on a tangent as always, this is all leading to what was originally thought of as the PlayStation 4K, or PlayStation Neo. Now officially, it’s the PlayStation 4 Pro.

The PS4 Pro is said to upgrade standard PlayStation 4 games to 4K resolution, but there will also be upcoming games that will include features that will be enhanced for the Pro, including being able to play in native 4K, similar to when N64 games were listed as “Expansion Pak enabled.” However, despite the upgraded CPU and GPU taking the performance up to four teraflops (which is still low compared to the rumored six of Scorpio,) none of the games are said to run in native 4K at 60 frames per second.

And that’s where I see a lot of issues with the PS4 Pro. While single player games might run at 60fps, multiplayer games will be capped at only 30 frames per second. Sony claims that this would allow parity between players on both PS4 Slim and PS4 Pro. I find it hilarious that for a company and its fans who criticized parity between the Xbox One and PS4 a few years back are now ok when it involves PS4 and PS4 Pro. What about those who play on PC? I could be on my laptop which runs a game at 900p and 50 frames per second as an example against someone playing on an unlocked I7-6700K and a GTX 1080. But am I going to complain about parity when online? Nope. So why is this any different?

Another huge issue that has come out for the PS4 Pro is the lack of something surprising: a 4K Ultra HD Blu-ray drive. It’s strange considering that Sony are one of the founders of the Blu-ray format, and for them to not include a 4K BD drive in the PlayStation 4 Pro is just unusual, even more when you consider that the Xbox One S does include one. But that system is actually competing against the PS4 Slim, and it also upscales games to 4K and will include HDR.

But to Sony’s credit, an update to even the vanilla PS4 will allow support for HDR. That might be one of the biggest surprises held at the conference that I say is actually good. I will also hope Microsoft will upgrade the original model Xbox One to support HDR as well. We shall see on that.

No Mods for PlayStation Players

I sympathize with those who are waiting to play Fallout 4 with mods, but last week, on his Bethesda Blog, Pete Hines wrote the following:

After months of discussion with Sony, we regret to say that while we have long been ready to offer mod support on PlayStation 4, Sony has informed us they will not approve user mods the way they should work: where users can do anything they want for either Fallout 4 or Skyrim Special Edition.

Like you, we are disappointed by Sony’s decision given the considerable time and effort we have put into this project, and the amount of time our fans have waited for mod support to arrive. We consider this an important initiative and we hope to find other ways user mods can be available for our PlayStation audience. However, until Sony will allow us to offer proper mod support for PS4, that content for Fallout 4 and Skyrim on PlayStation 4 will not be available.

We will provide an update if and when this situation changes.

So yeah, not only will Fallout 4 on the PS4 not get any mod support, but neither will the remastered Skyrim. I’m sure that is going to hurt sales tremendously, and again shows another misstep from Sony, to the point that one has to wonder if they are turning away from their original claim that they are “4 the players.” I really hope that they are able to resolve this, but it doesn’t look very likely.

But then again, there are reports that Farming Simulator will support mods. So that’s got me wondering, do Sony and Bethesda have issues with each other?

In any event, Sony hasn’t been doing so well lately. They really need to get back to their old selves, and quickly before they squander their current lead in the console wars. Or else, they’ll lose in NPD sales for a third month in a row.

Waiting for: Forza Horizon 3 (Xbox One)

One thought on “Strange Days at Sony?”