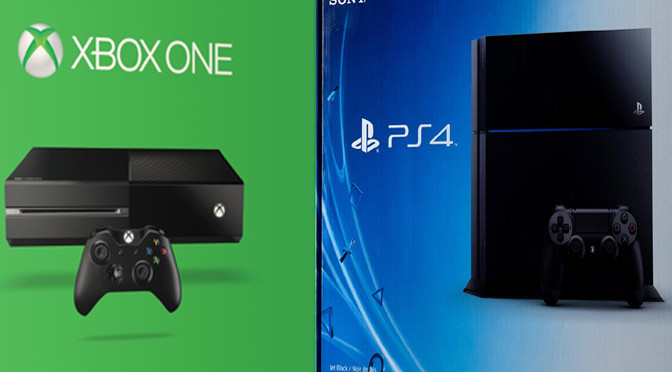 Upgrading Consoles: A Move Towards PC Flexibility? Or…Flashbacks of the 32X?

Ok I’m going to admit something right now. If it weren’t for Quantum Break coming out last week (which I am going to admit right now, more than makes up for the cure of insomnia that was the appropriately named Alan Wake,) since getting my gaming laptop I have played way more games on that compared to both my Xbox One and PlayStation 4 combined. But even though I still keep to my word when I said that I am not abandoning console gaming for good and joining the “PC master race,” I now see why PC gaming is as huge as it is.

And I also see why mistakes such as Arkham Knight PC and the lack of a Mortal Kombat XL upgrade are so maddening.

Though I haven’t fully experienced all the true benefits of PC gaming yet, such as adding mods to my games, I do know about how easy it is for PC gamers to quickly upgrade their rig to make it even more powerful. Just changing something as simple as your graphics card can make a whole new experience, and even though I can’t do that as I play on a laptop (though I’m rather happy with the GTX 960M that I’m using,) I can only imagine the potential that can happen if I was able to hook up a desktop class graphics card to it. Though I am critical of Alienware for being too expensive, they are actually smart to allow an optional graphics adapter, and I hope that other gaming laptop designers, namely ASUS and MIS, do the same thing in the future.

But, I’m getting off track here. I am meaning to talk about the consoles here. When I was 100 percent a console gamer I always felt the reason I went that way was because I didn’t have to worry about constantly upgrading my console, and would be set for a good five to seven years before moving on to the next season. However, for this generation it doesn’t seem to be the case. With constant criticism that both the PlayStation 4 and Xbox One cannot get games to run at 1080p resolution, 60 frames per second (though some, such as Forza Motorsport 5 and 6 has shown that it can be done,) and with the upcoming rise of 4K resolution, upgrades for both consoles seem to be coming out.

Sony has already hinted about an updated PlayStation 4 (or as its being called, the “PlayStation 4.5” and “PlayStation 4K”) which obviously is designed to play 4K video content. Whether that applies to games as well is yet to be determined. Also, this week, reports surfaced that Microsoft might be releasing two console updates to the Xbox One. One of which is a smaller version of the console. Now in every console generation it is typical that a smaller version of a console would be released. We saw it with the Xbox 360 S, and it looks like it is happening again. I just hope they don’t go with the discless version that I’ve heard about earlier. The other console seems to be an upgraded hardware version capable of playing in 4K as well. From what I’ve read these are mostly rumors based on leaks, some of which are protected by NDAs, but I wonder if come E3 we will be hearing about it.

And as a current owner of both the PS4 and Xbox One, this worries me.

The last thing I want to see is for consoles to have shorter generation lifespans. Think about it, the Xbox 360 lasted eight years before the Xbox One came out. That to me is more than my money’s worth. The PlayStation 2? Even with the release of the PS3 it still lasted longer than expected. Same for the Nintendo Entertainment System which got new games until Wario’s Woods in 1994, NINE YEARS after the system was test marketed in the US. Finally, keep in mind the Atari 2600, a console that was released in 1977, continued to get new games all the way until 1990. That’s THIRTEEN YEARS of new games, not counting homebrews. Successful consoles (and yes, fanboys, BOTH the PS4 and Xbox One are successful) have long life spans, and releasing updated consoles like this risk the chance of shortening these lifespans.

But with these coming out, I’m sure both Sony and Microsoft will also consider add-on devices to give the same power to the current consoles. We’ve already seen Microsoft do this to make the Kinect compatible with the original model Xbox 360 (the S model had a dedicated port to plug it into, while the older model needed a power adapter,) but when I think of all of these extra cables and attachments plugged into my consoles, it makes me feel like it is on life support.

And we’ve already seen how that worked out before. It’s called the Sega 32X, and we all know the story behind that, and how it helped kill the Saturn’s success in the US.

Maybe this was the best time for me to go PC after all.