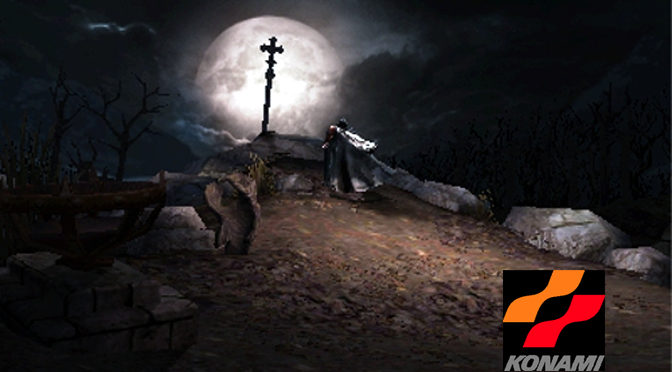 I would like to go back to 1988, back to when I purchased a Nintendo Entertainment System. One of the first games I played for it was Castlevania. Now, I originally played the arcade spinoff (called Haunted Castle) and was not a fan of it, but that was because the owner made the game very difficult, where two hits killed you. But when playing the NES version of it, I fell in love with the game, and noticed the box, an attractive silver design that featured one of the best logos I saw for a game. It consisted of two bow ties, one red and one orange, and at the bottom was a simple name: Konami.

It was a great time to play their games. Not just Castlevania, but also Gradius (and its spinoff series Salamader/Life Force,) Contra, Track and Field, and even though a lot of people hated it, Bayou Billy, which I actually beat on the first day (here’s a hint for those who think it’s too hard: drop kick.) 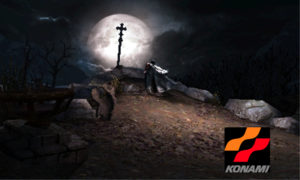 Then we moved on to the Super Nintendo and with the move also came an upgrade from Konami. We had Contra III, Super Castlevania IV, TMNT: Turtles in Time and Axelay to name a few. The last one, in particular, has a special place in my heart as I’m still waiting for the sequel that was mentioned when you completed the game (on the hardest difficulty, nonetheless.) Again, things were good.

Then they became a Sega Genesis third party, and along with that came some impressive spinoffs, including Castlevania: Bloodlines (The New Generation in the UK,) TMNT: Hyperstone Heist and Tiny Toon Adventures: Buster’s Hidden Treasure, not to mention the best version of Lethal Enforcers on the Sega CD (which to this day I still consider better than the arcade version.) That glory eventually moved on to the Sony PlayStation, and even though it would not come to the US until the PSP, I got to play one of the best Gradius games ever with Gradius Gaiden. But there was one series that I played on this system that instantly won me over, and we will eventually get back to it in a few: Metal Gear Solid.

But when the PS2 era came, I noticed a change, and even though I know a lot of people will be like, “who cares,” it to me seemed a bit like a premonition. Konami changed their logo. No longer did we have the awesome double bow tie logo, but now it was a very boring red streak with KONAMI written in white text. Though it would be used in some of my favorite PS2 games, such as Gradius V and Metal Gear Solid 3, I knew trouble was coming.

Granted during the Xbox 360/PS3 era there were still some good Konami games being released, the numbers started to wane, and it fully came to a head during this generation when Metal Gear Solid V: Ground Zeroes was released, a game whose main story could be finished in only 15 minutes and cost $40 at launch. In time the game was added to both consoles for free, and also as part of Xbox Game Pass, but the damage started to show.

Thankfully the main game, The Phantom Pain, turned out to be great, and perhaps the last great Konami game we might ever have. Even though the final act was underwhelming, mostly because of Hideo Kojima being cut from the project and leaving Konami afterwards, I still enjoyed the game enough to warrant my purchase. I just wish the rest of the game could have been finished to see what Kojima’s vision would have been if allowed to complete.

But there was Konami’s meddling getting in the way. With Kojima gone we now see what Konami is becoming. We heard stories about the way their employees were mistreated, and how Konami planned to turn all of their biggest IPs into pachinko machines. They even barred Kojima from accepting the Game Award for Best Action/Adventure Game. But that wasn’t the worst thing to happen.

And this is where Metal Gear truly comes into play (so to speak.) Rather than let the series die after Kojima left, during Gamescom 2016, Metal Gear Survive was announced. My first assumption was “they turned Metal Gear into a ****ing zombie game,” a genre which I’ve said needed to, ahem, die a long time ago. I was not happy with the way this series was going, and I swore I would not play it as a result.

Last week the game was released, and I expected it do bomb, but nowhere near as bad as I thought it would. To start off, the game required a constant internet connection. That alone would not be enough for me to criticize it, but it is the microtransactions that did it for me. EVERYTHING in this game centered on microtransactions, and I mean EVERYTHING! Want to get more loadouts? Pay up. Want to add more squads to your roster? Pay up. Want to add a SECOND SAVED CHARACTER? That’ll be another $10.

Yes, you heard that correctly. You have to pay to add a second in-game save! Look, I know I criticized microtransactions in games such as Destiny and Battlefront II before, but even they, no matter how despicable their actions have been, did not force you to pay for something as simple as use a second saved character.

Needless to say, this is a new low for Konami, and it’s gotten to the point where they are completely dead to me. Even if they try to win me over by releasing Gradius VI and make it Xbox One X Enhanced, I will refuse to buy it from them.

Konami, you will not be getting any more of my money, and I really do hope the game is a bust, to show you we will not support a cash grab such as this!

Oh wait, it’s already a failure in the UK. So, you’re telling me there’s a chance…