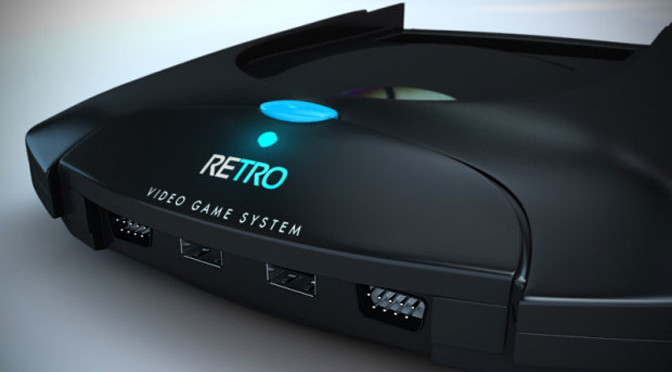 Since the Shenmue 3 incident took place last E3, I have started to express a sense of fear that it would end up being the beginning of a torrent of horribly thought-out crowdfunding projects.

Yes we had those that did turn out somewhat successful (at the beginning at least) such as the Ouya, but that seems to be the exception to the rule. I have noticed a lot of crowdfunding campaigns pop up that despite being fully funded, complete with stretch goals, which have either suffered constant delay (as we are now seeing with Mighty No. 9) or even going as far as cancelling the project altogether, with the person responsible running away with all the donations that foolish backers gave them.

After coming across many of these said instances, I decided that I want to take a slight deviation from my normal bi-weekly column, and start a new series that I like to call “IndieNoGo.” And it turns out that for my first installment, I came across quite a doozy.

Since starting here at GiN I came across many concepts for failed game consoles. We had the Indrema, OnLive, the N-Gage, and now, say hello (begrudgingly) to the Retro VGS!

No my fellow readers, that is not the illegitimate love child of the Atari Jaguar. (I’ll let you try to remove that image out of your head.) This is the Retro VGS, a cartridge based game system stated to take gaming back to its roots. In addition to using carts instead of CDs, memory cards, or even digital downloads, the Retro VGS will not even have access to the Internet.

The concept is that the Retro VGS’s games would always be complete out of the box, with no worry about patching or downloadable content. However I see this as a problem in today’s industry as gamers would want more in games for less price. Keep in mind this is a system that will release all of their games in cartridge form, and cartridges are more expensive to develop that CDs, and even more than offering them on a download service such as Xbox Live, PSN, or Steam, where these same games can be picked up for only $10, let alone all the extra downloadable content that will increase the value of said game.

You’ve all heard my comments about how when companies give one console exclusive content, it gimps the experience elsewhere? That would be taken to a whole new level if you purchase the game as a Retro VGS cart. Where is the value of that?

And speaking of value, if you look at the perks that the Retro VGS Indiegogo campaign, you see the price of the Retro VGS, and when you compare it to even a Wii U, it’s insulting. A donation of at least $299 would guarantee you an “Early Bird” console including a controller (which I will get to,) an HDMI cable, and a subscription to Retro Video Game Magazine. At least when the Ouya was released, it came out at a respectable $99. Games (which I will also get to later) need to be purchased separately.

Higher level perks include personalized consoles, as well as units of a different color. But the most insane of all the purchases is the “Elite Backer Edition.” This is a console with a special serial number that starts at $500. However, to get the elusive serial number 1, it will go to the highest bidder. And with 11 people already claiming this perk, I can only imagine how much they spent to get such a dubious honor.

As for the controller I mentioned earlier, it too screams imitation. It is literally a USB cabled, reskinned Wii U Classic Controller valued at $25. However one smart move that Retro did is include 9-pin ports on the console to allow the use of Atari, Colecovision, or Sega Genesis controllers. So I guess we have that to be positive about. However the games have a lot to be desired, as they are either derivatives of other console games or just flat out taken from other consoles. For instance, there is GunLord which looks like a straight out clone of Super/Mega Turrican, Double Dragon Trilogy which looks like a clone of the Android version that came out several years ago, Last Hope: Pink Bullets which is the same game as it was…on the DREAMCAST, and PierSolar which is already available on the Genesis (with CD) Dreamcast, PS4, Xbox One, and again, Steam. Even the Ouya has this game! There aren’t that many games that just scream out “Buy me a Retro VGS!”

I didn’t even mention that how there is not even a prototype ready to show to backers, which is the reason why this project is on IndieGoGo rather than Kickstarter, who mandates a prototype be shown before funding can be accepted (as we saw with the Ouya.) That too doesn’t show too much confidence if you ask me, especially considering their “Fixed Funding” goal of nearly $2 million.

Thankfully, interest in the console is quite low. The project is only 12 days old, and has only raised $58,000 via 176 backers. The campaign has been so slow that Mike Kennedy, the head of the Retro VGS project has posted the following:

“It’s clear, in its current state the RETRO VGS Indiegogo campaign is dead in the water and thusly will be shut down early. Once the Indiegogo team explains to us how we can do this, the plug will be pulled and all of you who have contributed will receive a refund post haste. Or you can go in and request a refund from Indiegogo right now.

The good news is we aren’t giving up and have made some adjustments to our hardware team, which includes the involvement of… other hardware gurus who were part of our venture in the very beginning. We will also be lowering the price while maintaining most of the cool features you all want.

We will be back in the near future with a prototype RETRO VGS system, front-and-center playing our games on our cartridges and with our USB controller. Sit tight, be patient and RETRO VGS will return.”

I really hope that those who did put money into this project will get their money back, but I’d say don’t get your hopes up. I’ve seen crowdfunding projects literally “take the money and run,” even if they used “fixed funding” rather than “flexible funding.” And as for Retro VGS, their prototype, whenever they decide to show it off, better be really special, because again I’m not getting my hopes up.