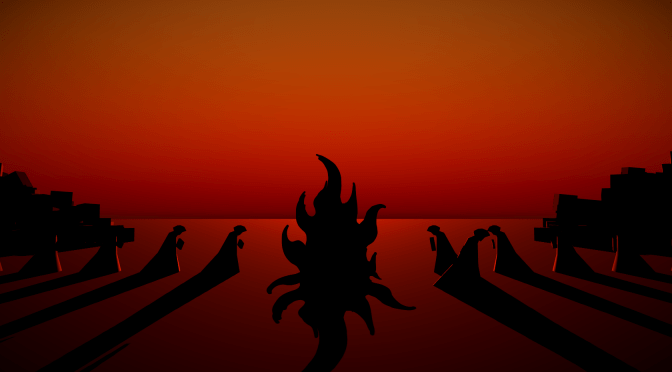 For someone who writes about games for a living, I find it difficult to carve out time to play all the games I need to play to stay on top of things. Enter stage left, Meditations, a new project from Rami Ismail of Vlambeer, which brings together over 350 creators, offering a game a day for the whole of 2019. 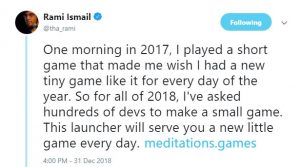 Games seem to get bigger and bigger as the years go by. The maps are bigger, there are more tiny symbols of collectable thingemy bobs and side quests . And then the sequel comes out, before you’ve even finished the last one. It’s a non-stop state of playing catch-up.

Meditations is the antidote to the modern gaming condition. I’m late to the party, which started on 1 January, but it’s like a gaming advent calendar, which lasts all year, delivering a tiny game every single day.

Each game was made within six hours and takes no more than five minutes to play. At midnight, a new game is released and will be available to play for just 24 hours, until the next one appears. If you miss a game, you just have to wait until next year and it will appear on the same day. No pressure, just play and move on.

The point of Meditations is to offer small, ephemeral experiences that don’t ask much of you. They don’t pile up because if you miss one it’s gone until the following year. You may miss a week, but then you suddenly remember and jump back in.

Game developers were asked to pick a day that means something to them or just take inspiration from any random day and make a game. Inspired by tiny game, TEMPRES, the idea was to make small games that capture a particular idea or moment. The only limitations were that each game should be short and free of text to ensure they could be understood in any language.

Today, I played Bonfire of the Vanities by Torstein Vien and Dan Wakefield. Every game is preceded by a bit of text, explaining something about the inspiration or the intention of the game to follow. Bonfire of the Vanities looks at the public burning of items seen to be objectionable by certain institutions. The description cites the burning of books through history and even political figures. 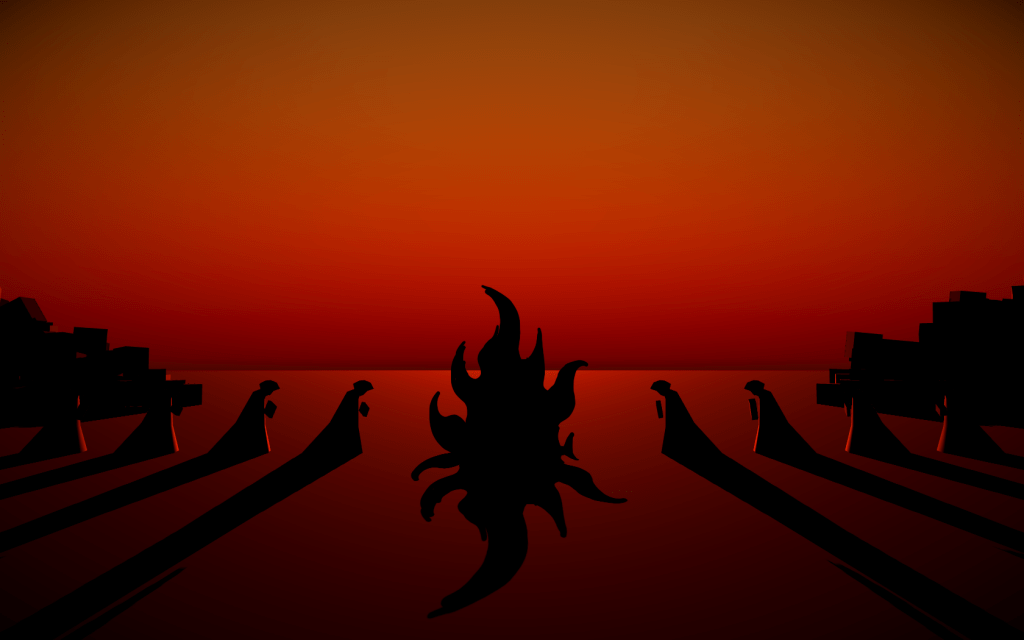 Hooded figures line up to throw an item in a fire, silhouetted against a flame red background. Click on the figure at the front of the line and they throw their item in the licking flames and then file off-screen. The figures shuffle forward as you click and the flames grow higher. It’s an ominous meditation on artistic and political freedom.

I’ve only played one game, but I know there have been train rides through Australian landscapes, meditations on self-care and mental health, as well as a tiny game about tidying a room. Having only just jumped in, I’m excited to see what’s coming for the year ahead, but with no pressure to play or not play on a given day.

Sometimes, all you need is a tiny game connected to a tiny moment in someone’s life. Check out Meditations and get a five-minute gaming fix that may just make your day.