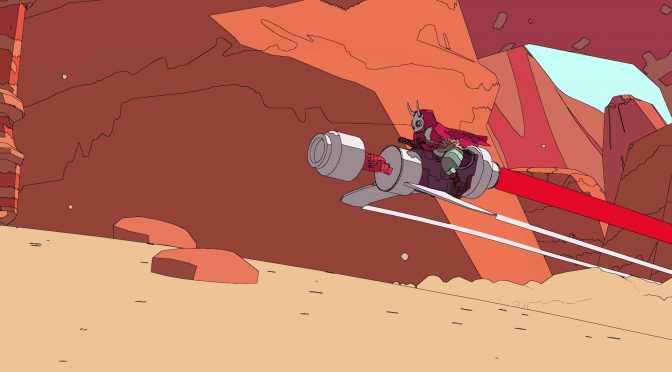 The 2019 release machine is rolling already.  Episode 2 of Life is Strange 2 hit yesterday and the Resident Evil 2 remake is out today, kicking things off with a shotgun and all manner of horrors. The Last of Us 2 is one of the most anticipated of 2019, but it isn’t even confirmed for this year, so it’s not on the list, even though I expect it will hit in the latter part of the year. We’re heading towards the end of another console generation, but we’ve still got a great 12 months ahead of us. So without further ado, the most anticipated games of 2019.

Neo Cab is a branching narrative that explores the gig economy in a cyberpunk setting portrayed by lush visuals awash with neon pinks and blues. Playing as a cab driver in an automated world, you pick up rides and piece their stories together. The focus is on finding your missing friend using branching dialogue inside the car. Neo Cab explores human connections in a futuristic city with the tagline ‘Stay Human’. With writing talent including Leigh Alexander (Reigns: Her Majesty) this definitely on my must play list.

Heaven’s Vault is the next game from Inkle Studios, following the success of 80 Days. This a bigger and even more ambitious project. I had a quick play at EGX Rezzed last year and have to say it was my game of that show.  Play as an archaeologist exploring a science fantasy world using a hieroglyphs system to piece together the story of an ancient culture. This is an openworld narrative adventure that allows you to create your own translation without telling you if it’s the right one. It’s bold and intriguing and what I played really worked.

Capcom is bringing us more hack and slash action with Dante the demon slayer for hire or whatever his job description is these days. Big weapons, big monsters, old school style metal soundtrack, women in skimpy biker gear and tong in cheek bants are all present and correct. This looks fun with the dial turned up to ridiculous.

From snowy NYC to muggy Washing DC for this follow up to The Division. Things are still a bit crap though because there’s just been a terror attack and some despot is sitting in the White House (no comment). It looks gorgeous and moving on from the teething troubles of the first release, The Division 2 is really going all out on rich environments for players to work in co-oeratively or strike out alone. Just don’t get depressed while wading through the too close for comfort dystopian DC.

The latest from Dark Souls director, Hidetaka Miyazaki, Sekiro is a dark, samurai, demon-slashing escapade. Beautifully dark is the best way to describe the 16th century setting, which focuses on a mixture of action and stealth. Expect bone crushing difficulty and lots of dying.

It might be a beautiful mess, it might be the Shenmue we’ve been waiting for for 20 years, but whatever happens it’s going to be a moment in gaming history. Shenmue set the stall for openworld games and since then the genre has developed to become the most dominant. A lot’s changed since that first game, so it’ll be interesting to see how this kung fu, openworld adventure updates itself without losing what we loved about it.

From here the fixed release dates get a bit patchy.

People are still talking about Nier: Automata, the Japanese epic action adventure from Platinum Games. Fans clamouring for more will be looking to Babylon’s fall to  scratch that itch. The trailer doesn’t reveal much, but the music sounds suitably epic and the setting suggests a clash of civilisations topped off with the sweeping action Platinum is famous for.

There was a time when we didn’t realise that all we wanted is a game where we get to be a disgruntled goose. That time is over and so is the wait for this game to be released…well, almost. This low poly comedy puzzler features a goose that ruins the day for all the hapless humans it comes across. And it’s as simple and wonderful as that. Prepare to gander.

Sable has nailed the aesthetic of bande desinee (French comics) artists like Moebius. The fine lines, soft colours and phsychedelic dreamscapes are all there in glorious motion. The setting looks like the start of a Star Wars film – a dusty planet, a lone figure on a hover cruiser and huge, hulking ships. It’s described as a coming of age tale and looks like it may be a puzzle adventure along the lines of Ico. It’s beautiful and I’m playing it.

Fishing, weeding and gift giving in exchange for chores – it can only be Animal Crossing. This will be a welcome addition to an already bountiful Switch lineup and will probably be the perfect marriage of game and console. I mean who won’t want to take Animal Crossing with them wherever they go. No date yet, but it is pegged for this year and squeezes its way onto the end of my list. Nothing like finishing on a happy note.

Note: This article has been edited to correct the release date for Neo Cab to Spring 2019. It originally stated a 5 Feb 2019 release.

One thought on “Most Anticipated Games of 2019”