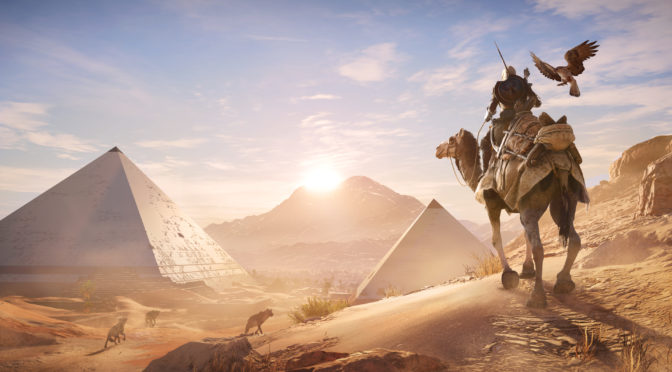 It’s the autumn equinox today and apart from colourful leaves and longer nights, it’s  time to consider the best games of autumn 2017.  The incredible summer of big hits is going to be a hard act to follow, but I’ve picked the main contenders.

Vampyr was going to be top of my list of games for autumn. Unfortunately, Dontnod just announced that their vampire adventure is being pushed to a 2018 release. That’s a shame, but I’d rather have a good game than a rushed one.

Cuphead is that rarest of things, an Xbox One exclusive. It is also one of the most original looking games of the year. Taking its aesthetic from 1930s cartoons this zany sidescroller looks like a lot of fun. However, be warned, it’s designed to be challenging, so expect one outlandish boss battle after another.

Out 25 September on Xbox One/PC

Not a game, but a portal to the past. Following the sellout NES emulator comes the SNES emulator designed to look like a mini version of the retro console. This is one for the 90s kids who want to relive their youth and  also play the never released Starfox 2. If you haven’t preordered, then you won’t be getting your hands on one because Nintendo is up to its old tricks when it comes to making enough units to meet demand.

From Supermassive Games, the team behind Until Dawn, Hidden Agenda eschews horror in favour of a crime thriller. The real draw of this game is the ability to play with friends in the same room via the phone app PlayLink. Some players have their own agenda or secret mission, but the overall plot focuses on stopping a serial killer from killing again. It looks like an interesting use of the second screen to deliver a game that’s part card game (the card being your phone) part video game.

Switch owners are in for a treat with a fresh outing for Mario. It’s been a long seven-year wait for more of everyone’s favourite  plumber, but Odyssey takes Mario to the city and beyond, all aided by his magic hat. Throw his iconic cap on anything in the world to give Mario a wide range of abilities.

Out 27 October on Nintendo Switch.

Not many games could come out on the same day as Mario and have a hope of getting any attention, but  Assassin’s Creed: Origins takes the series to Egypt and looks absolutely gorgeous. On top of this, the capture the tower drudgery is gone, there’s a new combat system, freer gameplay and our first black lead in a main Assassin’s Creed game.  There are camels and an eagle – what more could you want?

Yes, it’s another Call of Duty game, but it’s also a return to, the roots of the series. We’re brought back from floating around in space in order to get on with some good old fashioned Nazi bashing. Some CoD fans will glad to get their feet back on the ground with some low tech warfare. It looks so good, I might actually buy a Call of Duty game this year, because  this is a series I haven’t really enjoyed since the great original.

Out 3 November on PS4/Xbox One/PC

Horizon Zero Dawn was one of the biggest releases of the year, so fans will be pleased to see some fresh content, which is why I’m making an exception for this DLC. Expect to see more robot dinosaurs, a new, snowy area to explore, new story missions and just more fun.

Out 7 November on PS4

I’m not usually excited by remasters, but Okami is a game I owned, but never played. I was sent a US review copy, which wouldn’t play on my machine due to region locking. And now, at last, I get to play the beautiful adventure based on Japanese brush painting and folklore.

Out 12 December (in Japan, rest of world tbc) on PS4/Xbox One/PC