Terminator Genisys (the movie) was released two years ago in 2015 and while the sequels were cancelled earlier this year, a mobile game from Plarium with the same name has apparently made it to the Google Play Store and the iOS App Store. Is it worth checking out or should you skip this one? Let’s find out in our review of Terminator Genisys: Future War. The Story Set in a time where Skynet has already been taken offline and the Resistance is on the verge of collapse, Terminator Genisys: Future War doesn’t really have much story, as is often the … END_OF_DOCUMENT_TOKEN_TO_BE_REPLACED

Getting involved in a new MMO game requires serious thought. After all, this is a subsector of the world of gaming that is likely to make your Xbox redundant for a while as it absorbs all of your attention. You need to be sure that the payoff in terms of fun and enjoyment will match your substantial time investment. One MMO offering that, on the surface, seems to tick all of the boxes needed to take the jump is the new MMO browser game from Plarium, which offers gamers the chance to strategise and develop a Viking city. Sounds straightforward, … END_OF_DOCUMENT_TOKEN_TO_BE_REPLACED 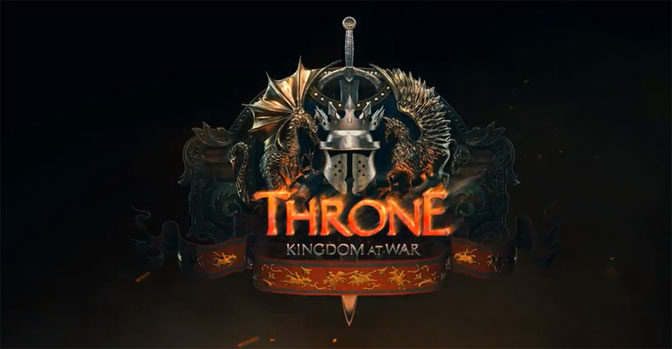 Plarium, one of the fastest growing developers of mobile, social and web-based games with over 250 million users, has today announced the first entry in their new franchise, Throne: Kingdom at War, for Android and iOS devices. Throne: Kingdom at War is a massively multiplayer online (MMO) strategy game set in a fictional medieval world, where players fight to claim the ancient throne of the Kingdom of Amaria after the old King Gerhard’s passing. Players will build their own Towns and armies consisting of Knights, Spearmen, Scouts and more to bludgeon their way to power. Throne offers a gripping original … END_OF_DOCUMENT_TOKEN_TO_BE_REPLACED 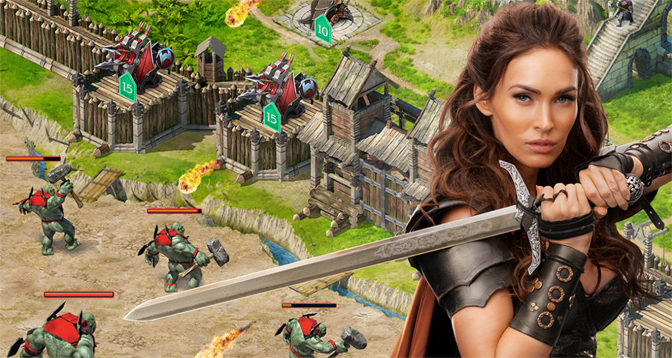 9 May 2016 – Plarium, the Israeli gaming developer which has a global registered player base of 250 million players has signed one of Hollywood’s hottest stars in Megan Fox. Stormfall: Rise of Balur is the latest smash-hit sensation from Plarium, and it features Fox in the leading lady role. This browser-based strategy game is rapidly gaining traction with players the world over. Rise of Balur was launched in January of 2015, and it already boasts 1.8 million daily raids and an astonishing 5.5 million gaming hours per month. Stormfall: Rise of Balur is the sequel to the hugely popular … END_OF_DOCUMENT_TOKEN_TO_BE_REPLACED

Plarium, a leading mobile and social game developer, has today announced the expansion of its massively multiplayer online (MMO) medieval franchise, Stormfall, to iOS and Android mobile devices. The new title, Stormfall: Rise of Balur, immerses players in a world of ancient magic, dragons, and heroes with the mission of restoring Stormfall to its former glory. Players must rebuild the throne of a fallen empire by forming strategic alliances with other players and waging war against their rivals. Its predecessor on social media, Stormfall: Age of War, was a smash hit upon its release in November 2012, instantly gaining notoriety … END_OF_DOCUMENT_TOKEN_TO_BE_REPLACED

Today Plarium, one of the world’s fastest growing developers of social games, announced the launch of its latest game to hit Facebook, Stormfall: Age of War. Plarium has quickly grown its base to more than 12 million monthly active users since launching in 2009 and continues to expand its popular line of strategy games with new titles and themes. Stormfall focuses on the popular medieval fantasy genre by allowing players to follow an immersive storyline to build their castle and form strategic alliances with other players to defend the throne of a fallen empire. Gamers descend into a dark world … END_OF_DOCUMENT_TOKEN_TO_BE_REPLACED