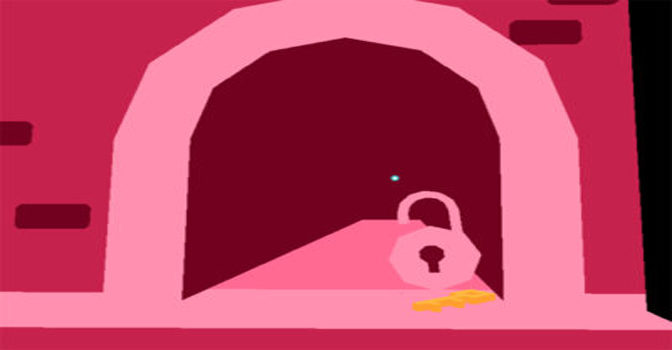 This week my time wasting found me venturing back to my computer for a good browser game to spent some time with. However, that isn’t exactly what I discovered. Instead, I found a game called You Have 293 Keys.

You Have 293 Keys is a game without a story, but it does have a goal. The player stand in front of a locked door and is given 293 keys. Only one of these keys can open the door, but there’s no way of knowing which one it is. This means that players just have to try out every single key on the door until they find the one that works.

You Have 293 Keys puts the player in a first-person perspective for this task. Moving is tied to WASD kays and the mouse allows the player to look around. Clicking and holding on a key will let the player pick it up and bring it to the door.

How long it takes the player to beat You Have 293 Keys really just depends on how lucky they are. My first time through the game I found the right key on my fifth try. However, my second play through didn’t see me unlocking the door until my 174th attempt. Honestly, there isn’t a need for a second run of this game, but maybe some crazy people out there will do so. If they do, they’ll have to reload the webpage, as the game doesn’t provide a menu for restarting from.

Honestly, I really don’t know what the point of You Have 293 Keys is. I mean, I understand the goal is to unlock the door, but why? There’s no story driving the player and it isn’t like the game is hard. I just don’t understand why it was made.

You Have 293 Keys seems like something that would show up at the end of a grand adventure. Maybe, for example, you’re a knight trying to save the princess, and at the end of the long journey, the evil wizard drops a boat load of keys on you and says only one will unlock the door to her cell. Then I could understand it being a challenge to see how much the player really wants to save that princess. Without a reason like this, I just don’t know why anyone would want to put themselves through this.

The graphics in You Have 293 Keys are simple. The door and walls are different shades of pink, and the keys are gold. It makes it easy to keep track of the keys and isn’t hard on the eyes, but that’s about it. The audio is also okay with a simple soothing tune that repeats in the background.

Overall, I don’t really get You Have 293 Keys. There’s no driving force behind it and it just seems like busy work. Maybe give it a shot one time just to see how your luck treats you, but don’t waste too much time on it.