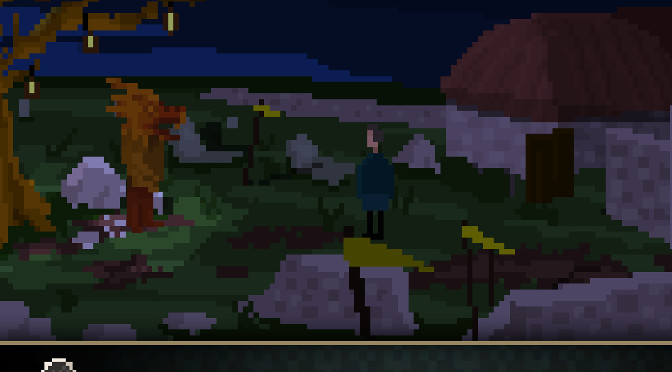 The Last Door: The Reunion

This week I’m excited to say that I was able to return to one of my favorite worlds in gaming. This is the world that belongs to The Last Door.

The team over at The Game Kitchen just released the third episode of the second season of their point-and-click horror game. If you’ve been keeping up with the Time Waster for the last few years, then you’ll know that I’m a huge fan of this indie title. To understand this review better, I’d advise reading the other reviews first, which can be found with our search feature. Or you can follow these links to find some of them from season two cause we are nice like that!

This episode of The Last Door is titled “The Reunion.” Fans of the series may have a clue as to what this means, and yes, it’s a pretty big deal for the series. The game starts off with Doctor John Wakefield mourning the death of his friend Johann Kaufmann, who has passed away due to an illness that he contracted in the previous episode.  This episode has Wakefield continuing his search for his missing patient, Jerimiah Devitt, the protagonist of the first season, on an island filled with mystery and ancient lore.

The story this time around was really well told. All of the NPCs gave out just enough dialogue to help the player continue forward without leading them by the hand. Also, the island is filled with a rich amount of history that is interesting in its own way. I don’t know how exactly it plays into the overall story, but I’m sure it will.

The gameplay of The Last Door: The Reunion is similar to previous entries in the series. Players will have to solve puzzles with their wits as they search through various bits of text to uncover secrets and other elements on the island. There’s not a whole lot to say about the gameplay in The Last Door series. It’as really solid, but it’s the story that keeps players coming back for more.

When its comes to graphics, The Last Door takes a minimalist approach. This works out well for a horror title as it really leaves the fine details up to the player’s imagination. However, the developers still do include lots of detail in parts of the game where it’s necessary, such as on close ups of certain puzzles. It’s a fun style that keeps a simple look without doing the typical retro graphics thing.

The audio in The Last Door: The Reunion is wonderful. The game has a truly amazing score for being an indie title. A perfect example of this is the opening song, which has been used since the start of the series, that I still listen to each time I start up a new episode. There’s also a lot of attention paid to sound effects and their relevance to the player’s location in the game. I really must stress that this is a game where players wearing headphones are better off than those without.

Overall, The Last Door: The Reunion is another wonderful entry into the series. I don’t want to jinx it, but I feel like we might be seeing the end of the series in the next episode, which has already been confirmed as the season finale. Here’s hoping that the team over at The Game Kitchen can really wow their fans in the next episode with the great quality they’ve used to this point.

The Last Door: The Reunion earns 4 GiN Gems out of 5!

2 thoughts on “Nearing the Finish With The Last Door: The Reunion”