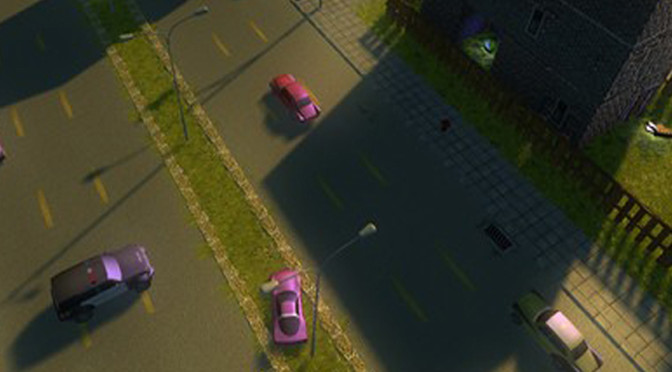 This week I spent my time with Street Arena, and I want it back.

Street Arena is a Grand Theft Auto 2 clone that is purely multiplayer. I’ve never played GTA2. I didn’t jump in until San Andreas and even then it wasn’t a series that really stuck with me. Still, being one that loves retro games and nostalgia, I can see how others would be interested in reliving the past of the GTA series in a huge multiplayer brawl.

Street Arena puts players in a top-down view, just like the one used in GTA2, and sets them out to kill each other. Or it would, if the game was really playable. Attempts to play this game were often met with server connection issues. This resulted in me getting hung up at the loading screen and having to wait for the game to crash before I could attempt to load in again.

You’ll actually spend most of your time in Street Arena on the loading screen and exiting out of crash reports. I’ve actually gone ahead and included screenshots of these two instances so that you readers can get the full experience of the game just by looking at my review.

Street Arena hasn’t been out very long, but it’s about as dead as dead can be. There’s a single server being hosted by the developer that is constantly running on the same map and in Free-for-All mode. The server can hold up to 12 players and is always empty.

Normally, this would be enough for me to call it quits and send this game to my Steam graveyard, but I’m a reviewer. In an attempt to try out the various other modes of the game, Capture the Flag, Team Deathmatch and so forth, I tried to host my own server. I also wanted to see the other four levels besides the one always being hosted by the developers. Unfortunately, all of my attempts to host my own server resulted in failure. Getting hung up in the loading screen was always a surefire thing and then the game would crash.

For those that are actually wondering what the game feels like when you can finally make it into a server, it’s clunky. The gameplay feels very unpolished and moving around can be a hassle. Let’s not forget that any time spent with in the game basically counts for nothing due to the lack of things to do.

When it comes to visuals, Street Arena really does look like GTA2. Seeing as that’s what the developer was going for, this is a good thing. The characters are bland looking 3D models and nothing else really looks all that good either. With everything else I’ve seen from the game, I can’t help but feel that the choice in visuals was due to laziness, not as a throwback.

I just want to take this time to point out that the menu system in Street Arena is archaic. Looking for servers to join and attempts to host are all handled from a window on the desktop that looks like it came from Windows XP. It doesn’t actually go in game for any of this. Maybe that’s a good thing in hindsight, the game doesn’t load most of the time anyway.

The audio in Street Arena is nothing special. The sound effects are alright at best and there’s no music to go with the game. It takes a game that’s supposed to be about explosions, gunfights and road rage and makes it feel very dull.

Overall, I can’t suggest Street Arena to anyone. Even hardcore fans of the GTA series are better off tracking down a copy of GTA2 if they really want to relive the series’ past. This game just plainly doesn’t work. I’m honestly of the opinion that Valve should remove it from Steam. That won’t likely happen though, so it’s a good thing it finally got its refund system working, because anyone that buys this game is going to want one.

Street Arena earns no GiN Gems out of 5!