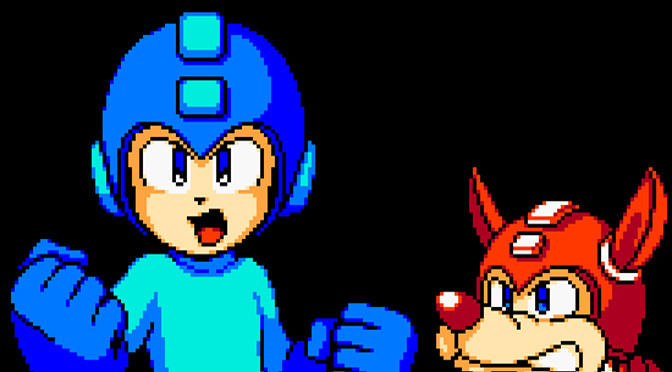 Mega Man: Revenge of the Fallen

This week’s time waster is an interesting case. It’s a new entry in an old series, but it’s not official. That’s right. I’m playing a fan-made game and it’s called Mega Man: Revenge of the Fallen (Don’t worry, it has nothing to do with bad Micheal Bay movies).

Mega Man: Revenge of the Fallen takes place some time after most of the other games in the original Mega Man series. The plot has Dr. Wily coming up with another crazy scheme to kill Mega Man and prove he’s the better scientist over Dr. Light. To aid his campaign of evil, Dr. Wily has found a way to revive many of Mega Man’s past enemies.

The controls in Mega Man: Revenge of the Fallen are a bit of a mixed bag. Players can choose to use their keyboards to control Mega Man, but they can also use a controller. I opted for a controller as Mega Man games just feel more natural with one. I used a Xbox 360 controller and most of the button mapping either met my standards or could be changed. One major issue I had with the game is that it doesn’t allow players to change movement controls from the joystick to the D-pad. This left movement in the game always feeling a bit more clunky than it should have.

Like most Mega Man games, Mega Man: Revenge of the Fallen starts players off with a batch of robot masters to defeat before they can move on to the later levels. This game uses previous robot masters from other Mega Man games. They include Centaur Man, Magma Man, Magnet Man, Stone Man, Spark Man, Yamato Man, Tornado Man, Star Man, Toad Man and Pharaoh Man.

Each of the old bosses play similar if not exactly the same as their counterparts in the official games. What’s more impressive than the battles are the stages. Each of the bosses get a whole new stage that has to be played before they can be fought. These stages are down right brutal and it’ll take everything the player has and then some to beat them. It’s a true challenge that old-school Mega Man fans will be sure to enjoy.

Mega Man: Revenge of the Fallen recycles old sprites and other graphics. This isn’t a bad thing as it fits with the Mega Man series and there were some new sprites to be seen. The game even has a full cinematic intro just like the old ones do (even if the writing is a bit cheesy). It’s one of those extra bits that shows a lot of care went into making this game. One issue I had was trying to play the game in fullscreen mode. Sure, it went full screen, but the game didn’t expand to fill up that extra space and was instead surrounded by a black box.

The audio in Mega Man: Revenge of the Fallen is great. The game is filled with music from past Mega Man games, but most of it has been remixed to give it a more energetic feel. The sound effects are also spot-on and come directly from past Mega Man titles.

I love Mega Man: Revenge of the Fallen. It’s a great tribute to past titles and it would be an alright addition to the series if it had been an official release from Capcom. It has a few hiccups here an there and doesn’t add much new to the series, but heck, we all know that Capcom doesn’t plan to use Mega Man seriously anytime soon. Fans should just go ahead and check this game out before the company gets wind of it and tries to have it taken down. It may not be an official release, but it’s likely the only thing fans will get in a long time to scratch their Blue Bomber itch.

Mega Man: Revenge of the Fallen earns 3.5 GiN Gems out of 5!