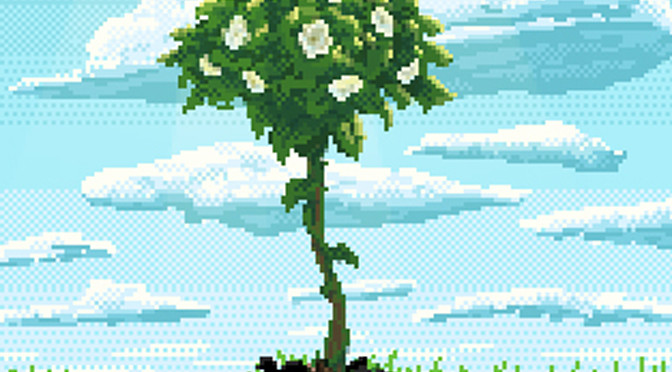 From Sprout to Splendor

I took last week off from wasting time because I just couldn’t fit it into my schedule. There were so many different Christmas events going on between Alia and mine’s families that it was really hard to sit down and do much of anything not related to the holiday, but now I’m back to wasting time.

This week I spent my time with a game called From Sprout to Splendor that was entered in Ludum Dare 34. If that sounds a little familiar to you, it’s because the last game I reviewed (check it out here) also came from the same competition. However, these two games couldn’t be more different.

From Sprout to Splendor is a real-time strategy game that has a player trying to help a sprout grow to the point of blossoming. The player does this by collecting sunlight as it falls from the sky. The plant will also naturally collect sunlight on its own. There’s a green bar that fills when sunlight is collected. Once it reaches max capacity, players can chose to have their plant grow. It takes three or four times of doing this to complete the game.

Our little friend in From Sprout to Splendor isn’t able to grow unhindered. There are various creepy crawlies that will try to eat the plant. If its health reaches zero, it’s game over. To defend against this, players can use water, which is generated naturally over time, and sunlight to give the plant extra defenses. This includes poison, thorns and ants that will guard the base of the plant. There are also other upgrades that can be purchased to speed up how fast sunlight and water is collected.

Honestly, From Sprout to Splendor isn’t a hard game at all. Players will basically have to get up and walk away from their computer to lose. Still, it’s entertaining for what it is and I’d even go so far as saying it’s relaxing. It’s a heck of a lot better than sitting around watching plants grow in real time. Even if it doesn’t even last for a full 10 minutes.

The overall look and sound of From Sprout to Splendor isn’t bad. It’s got some solid retro art working in its favor and has one calming track to listen to. This is about right for a Ludum Dare game and fits in with how short the game is.

From Sprout to Splendor isn’t a bad game to waste some time on. It’s not really all that challenging though, which is a problem. It also doesn’t last very long either. However, it is a unique take on the real-time strategy genre and I’d be interested in a more fleshed out version if it was ever released.

From Sprout to Splendor grows its way to 2.5 GiN Gems out of 5!