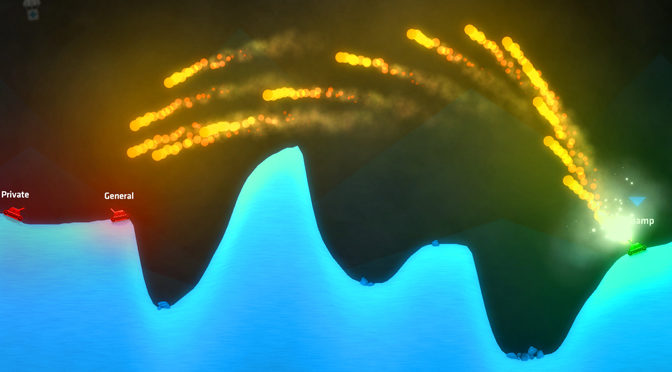 I’m doing that thing this week where I look at a game that still hasn’t come out yet. This week’s choice is ShellShock Live, which is currently in Early Access on Steam.

ShellShock Live is an artillery game in the same vein as Worms or GunBound. It requires the player to carefully adjust the aim and power of their shots to deal with enemies. I’ve got a personal fondness for this genre and was glad to see it still gets new games.

My main reason for playing ShellShock Live this week was a friend gifting me the game. A few of my friends already own it and he thought it would be cool for us to all play together. And cool it was.

ShellShock Live may still be in Early Access, but it really does feel like a full game. My time with it was mostly spent playing online with friends, but I did tackle some of the offline challenges as well. These include taking down AI tanks, as well as hitting targets. It’s all basically practice for online, but it does give the player experience.

ShellShock Live features a level system that has players unlocking more weapons when they level up. There are also skill trees that players can put points into to affect certain stats of their tank. It’s enough to give a higher-leveled player an edge, but not make them unbeatable.

ShellShock Live may be a simple game, but it has loads of weapons for players to unlock. There are also crates that drop during matches to give players extra weapons. These can include weapons the player doesn’t own, but picking them up doesn’t unlock them permanently. However, this is a nice touch that gives players access to more weapons even if they are low level.

The graphics and audio in ShellShock Live aren’t all that grand. The game goes simple on both aspects. That isn’t really a problem for me, but I can understand how it could be a turn off for some players.

Overall, ShellShock Live has a lot of potential. I’m actually not sure why it’s still in Early Access. I usually avoid Early Access games, but this one was a pleasant surprise that may make me reconsider that position.