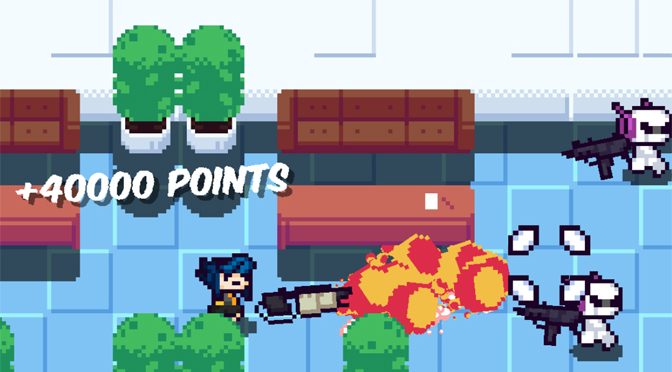 I’m going to stick with my PC this week for my time wasting. The months of just playing games on my smartphone burned me out hard. There’s just so many bad games to have to wade through to find anything fun. Luckily, it isn’t that hard to do the same on PC. That’s why this week I’m talking about Duane Crashers.

To start out with, Duane Crashers is a game that was made for a game jam. For those unfamiliar, it means that the developers only had a certain amount of time to create the game. Sometimes this is a little as 24 hours. This time around, the Milkbar Lads, the developers of this game, had a week. 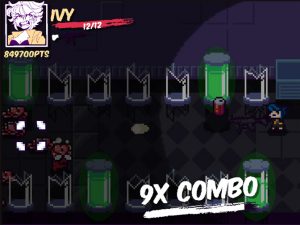 So how did the developers do for only having a week to work with? Great! Duane Crashers is an incredibly fun 2D shooter that puts the player in control of one of four Duane sisters. Each of the sisters have their own special abilities, which encourages the player to find their favorite with additional playthroughs of the game.

As the player travels through the four levels of Duane Crashers with the sister of their choice, they will have a wide variety of weapons available to them.  These range from shovels to flamethrowers and everything in between. Players will use these weapons to take out enemies and build up their score. The game keeps track of this for the end and gives them a total. This and the combos for killing enemies in rapid succession promote playing more times to build up a higher score.

Duane Crashers isn’t an overly long game. A playthrough only takes about 15 minutes to complete and that time goes down with subsequent runs. It’s great for just a short burst of gaming. The simple concept of the game also makes it easy to pickup and play without the need for a tutorial.

Duane Crashers does feature a story for each of its characters as well as an ending for them. It’s likely not enough for anyone wanting something more fleshed out, but it fits well with the arcade style of the game. It also gives the player a little better understanding of the characters and adds to their charm. Also, when you have a character that’s blood type is “boiling”, you’ve won me over. 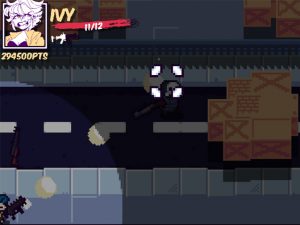 The visuals in Duane Crashers are great for the amount of time spent on the game. Each of the characters have full picture of them on the selection screen so the player knows what they look like. Then they also all have their own sprites as well. The sprites in the game look great and much of the animation and presentation convey the sense of action the game is going for.

Moving on to the audio we can talk about the weakest part of Duane Crashers. It’s not that what’s here is particularly bad or anything. It just doesn’t stand out. The type of music used does indeed match the action, but it unfortunately fades into the background with all the explosions and gunshots taking place.

Overall, Duane Crashers was a great way to waste some time. I would love to see this expanded out into a full game. It would make for a great four-player co-op game that I could easily imagine sitting down and playing through with friends. Maybe the devs can work on something like this in the future.